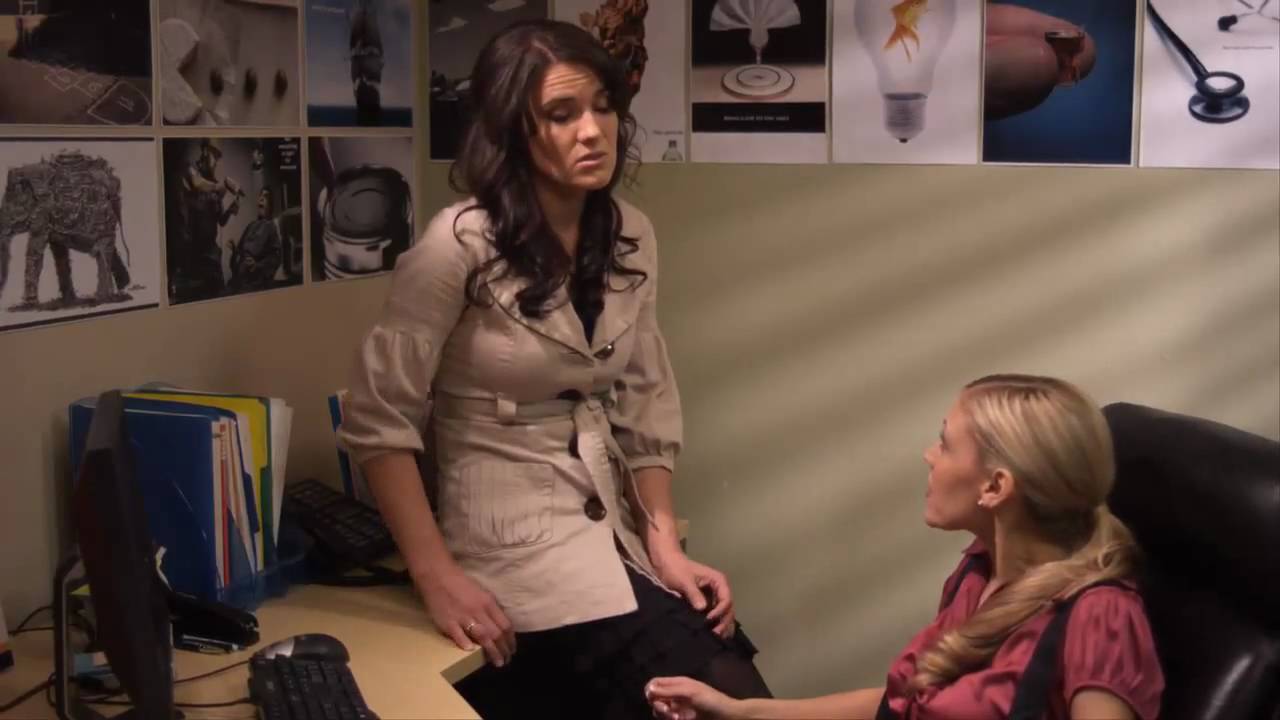 Sarah wants a big executive break like her boyfriend has, that’s why she sees an opportunity when she gets interviewed for a temporary job.  The only catch is that in order to get hired, she has to prove that she’s not pregnant.  But after she takes a test, she finds that she is pregnant and is faced with a serious decision: pursue a career and abort her child or give up her career and have her child.  Sarah will have to decide how real her faith is and what direction she wants her life to go in.

The one thing PureFlix usually has going for them is that they can put together a respectable-looking production.  Sarah’s Choice is not an exception.  Notwithstanding an odd opening sequence, the camera work is at least above average.  The video quality is good, as is the audio quality.  The soundtrack could use some improvement, but the sets are respectable.  Also, the editing is mostly average, though there are a handful of unnecessary scenes that put a damper on this production.  But overall, despite their obvious flaws, PureFlix can usually put together a semi-professional production.

Leave it to PureFlix to take an important social issue and mutilate it with over the top messaging.  As a plot filled with typical White-style extremist characters, Sarah’s Choice sports a ridiculously unrealistic premise that is designed to force the issue of abortion on the audience.  As usual, pro-abortionists and other people who disagree with the PureFlix worldview are portrayed in offensive ways.  The dialogue is very obvious and forces the plot along, even though there is plenty of time wasted on bizarre asides.  There is also a silly shoehorning of the Christmas story into this plot, along with some odd ‘magical’ Christmas elements.  While the psychological parts are intriguing, they are not enough to offset the onslaught of nonsense in the remainder of the storyline.  As can be expected, the end is neat and tidy with no real justification for it ending up that way.  Basically, every horror story regarding the combination of PureFlix and the issue of abortion comes true in Sarah’s Choice.

While some cast members, including Rebecca St. James, post moderately respectable performances, this is probably Andrea Logan White’s most obnoxious role to date as she attempts to caricature a vain (well this mostly true) pro-abortion feminist.  There are some bright spots here that keep this category from being terrible, but there are still too many unrealistic emotions and drama moments.  Line delivery is fairly average throughout.  Overall, this is just average, despite Andrea Logan White.

In a PureFlix Christmas movie about abortion, what could go wrong?  Well, a lot, actually.  The Whites and company continue their addiction to portraying non-Christians as heartless ogres and construct an unrealistic framework designed to shove a social issue down your throat.  Do they even have any regard for reality or are they just trying to sell movies?  Movies like Sarah’s Choice are exactly why people tire of legalistic Christianity.  Unfortunately, while this blog is unashamedly pro-life, this is not the type of film we can support.