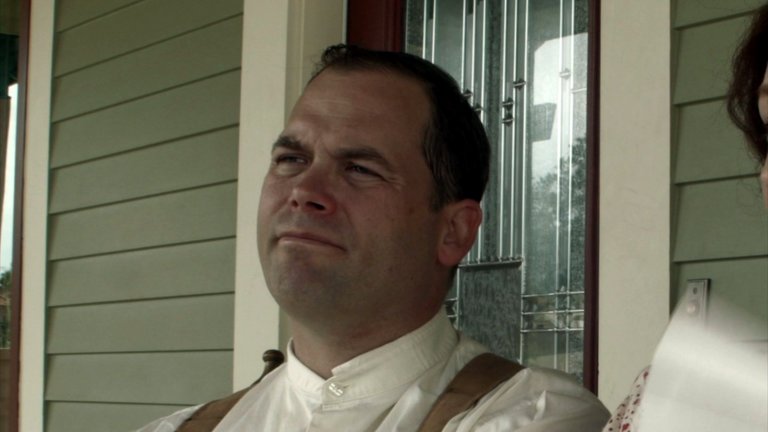 After Lettie and Charles Cowman answered God’s call to missions, He called them to Japan to minister.  However, they faced many obstacles in their ministry, including health struggles.  Though they were forced to leave and come back to the United States, their hearts were always set on missions in Asia as they gave their lives to the calling of God.

Words of Life at least looks better on the surface than Discovering God’s Call.  Video quality is still fine, and camera work has improved in the second installment.  However, audio quality is still quite poor, including the same old loud soundtrack.  Care is still given to historical authenticity, for the most part, but sets and locations are still limited, which makes this attempted epic look cheesy.  Editing is also an issue in this part as there is still a lot of unnecessary content to boost the runtime, yet there is also a great amount of off-screen content that is neglected.  In short, the Streams in the Desert experiment totally failed production standards, especially since it was recently made.

As if we missed anything in the first part, the first ten to fifteen minutes of Words of Life rehashes what you might have missed in Discovering God’s Call.  Actually, this little recap renders the entire first part useless because it gives you the boring highlights.  Much like the first part, Words of Life relies heavily on narration and long, extended sequences that could put an audience to sleep.  Once again, there are no meaningful attempts to help the viewer to connect with the characters by making them even the slightest bit realistic.  The dialogue is still very archaic, empty, and stilted.  As previously mentioned, there is a great deal of off-screen content that is talked about but not shown, likely due to budget constraints.  There are too many scenes that depict characters doing things that don’t really look like that’s what they’re actually doing.  In short, despite over two hours of plot content, there is nothing to help us believe this is a realistic story, thus making it a failed epic.

This is same song, different verse once again.  Acting is very unsure, with the same unnatural and measure line delivery, and the same flat, nonexistent emotions.  A new feature of Words of Life, however, is the cultural shortcuts taken.  What is the point of making a film about Asian missions when you have no intention to cast a single Asian cast member?  This is beyond tacky and further begs the question as to why this two-part disaster was even allowed to be made.

Though this true story is long, it is presented in such a way that two and a half hours of content are completely unnecessary.  What puzzles me is that there was enough funding to produce this much film but not enough funding to make it a quality project.  What if they reduced the runtime and put more money towards actually making the production respectable?  What if they tried to write a better story with more realistic dialogue?  What if the cast was coached to be more natural?  There are a lot of ‘what ifs’ in the Christian film world that are never really answered, and Streams in the Desert is just another example of a well-intentioned effort with nothing to back it up.  Thus, we must return to the rule of thumb in Christian film making: if the budget is not there to make a quality film, don’t make it.