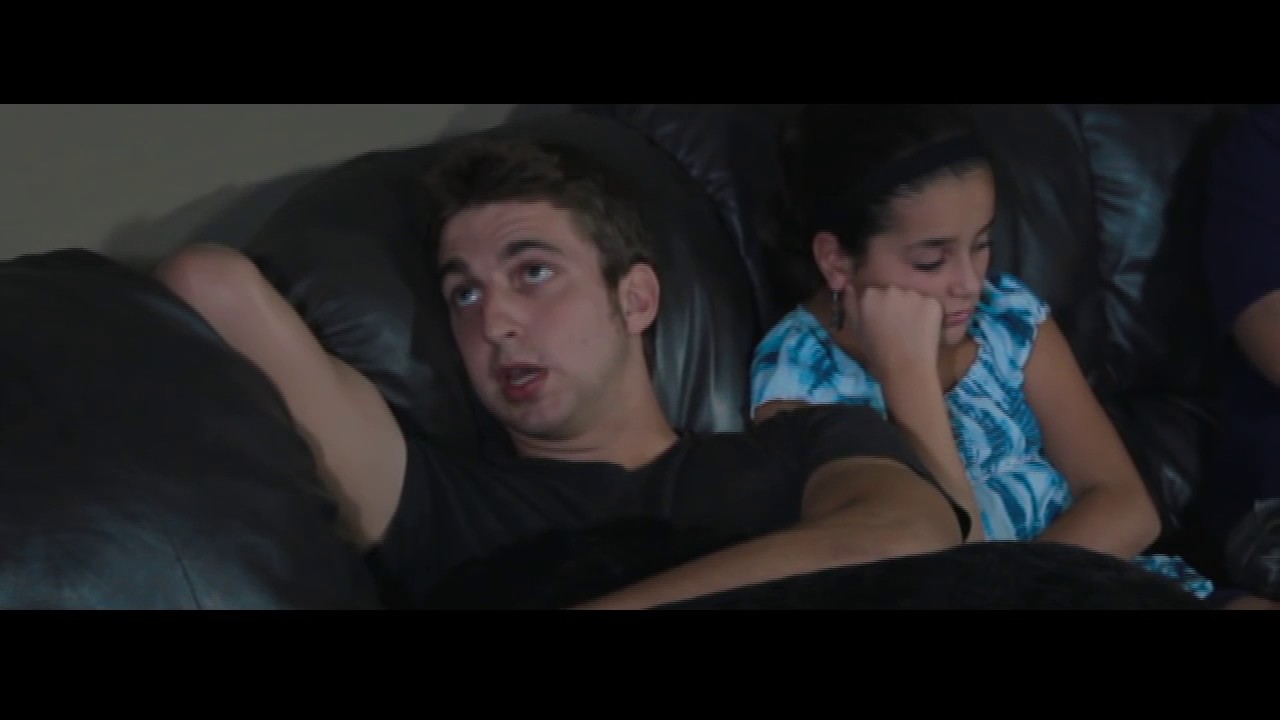 When Mark Vanderberg’s Com 16 project falls through and causes a massive error in the communications grid of the country, his employer tells him to lay low and stay home with his family until it all passes over.  With nothing better to do besides clean their rooms and discuss the curious social media site called Blended Planet, the family decides to practice their survival skills while trying to understand their strange astronomer neighbor and his antics.  But then the unthinkable happens as the power grid nearly reaches its quantum threshold and Mark is the only one who can save the world from reddish orange destruction.  What will they ever do?

Despite trying to create some kind of high-profile premise, Disconnect Reconnect has a very cheap production.  Video quality is quite poor and there are a lot of unnecessarily dark scenes.  Camera work is inconsistent.  Audio quality is unprofessional, as is the juvenile soundtrack.  Sets and locations are severely limited to one house and the surrounding neighborhood and do not give off a professional persona.  There are too many abrupt cuts and transitions in all the wrong places, thus making the editing very amateurish and silly.  Unfortunately, there is nothing positive to say about this production.

Disconnect Reconnect is one of the most off-the-wall premises ever constructed.  The story is driven by very quirky and offbeat characters that are built using absurd and childish dialogue.  The writers construct a bizarre world filled with forceful references to their other films, especially product placements for Healed by Grace.  Besides the large of amount of wasted time, there is no way to really understand what is happening except for a bunch of isolating technical lingo that only demonstrates how little the writers really know about how the American communications infrastructure works.  Why center a plot around this obscure concept without attempting to be realistic?  To make matters worse, a cheap and juvenile Christian message is shoved into the story as it all culminates in one of the most laughable climax scenes ever.  In short, though this movie is good for laugh, it’s funny for all the wrong reasons.

The unintentional comedy continues into the acting as cast members unwittingly portray caricatures of themselves, as if their lines were written for a cartoon film.  Some performances are lazy while others are forceful.  Any way you look at it, it’s all one big mess.

It’s very difficult to pinpoint where the Blended Planet team is coming from.  They definitely wanted to be funny and different in Disconnect Reconnect, but it definitely did not work.  True comedy requires believable and accessible characters, not comic strip characters.  A comedy premise can certainly have an air of absurdity and still be good, but not this absurd.  Also, there is certainly no excuse for poor production quality.  Perhaps their work will improve in the future.