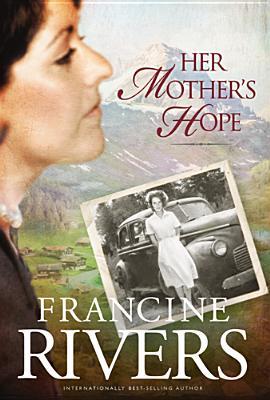 Her Mother’s Hope is the first book in the short, two-part series by Francine Rivers, which is titled Marta’s Legacy. The novel is set in early 1900’s Switzerland; the main character’s homeland. This is but one in a long line of excellent novels by Rivers. Where some reviewers have criticized her, I applaud her for being culturally authentic in the novel by weaving in parts of the German and French languages. This factor adds a unique flavor to the novel; somehow it brings a depth that would not otherwise be there if the book was solely written in the English language. Her Mother’s Hope deals with subjects such as abusive fathers, family tension, World War 1, immigration, escape, death, grief, loss, bitterness, stubbornness, generational sin, and much more. The opening chapters of the book introduce the reader to the main character, Marta Schneider. Marta has grown up under the heavy hand of her abusive father, and the feeble will of her sickly mother. Her mother loves her, but she loves her younger sister, Elise, much more. Elise is pampered and treated as an equal because of her beauty, while Marta is treated harshly. For a time, Marta finds fulfillment in working for a French family who treat her as an equal, but her world comes crashing down when she finds out that her sister is pregnant as a result of rape. Elise finds that she cannot live with the horror of what has happened to her, and, lost in grief, takes her own life. Shortly after this Marta’s frail mother dies of consumption…and a broken heart. When her older brother Hermann decides to escape these troubles by going to war, Marta is left alone with her drunken father. He plans to make money by having her follow his will. Marta’s hatred for her father drives her to flee her broken home. She soon falls in love and marries a young Swiss man named Niclas Berhard. As they try to find a place to settle down, Niclas’s German tongue rouses suspicion during times of war and unrest. Niclas wants Marta to come with him to the wilderness of Canada, but she refuses and opens a boarding house. For a time, this brings much needed funds, but eventually Marta has to move with her husband and newborn son to the place she hates. In Canada a second child is born to Marta, a sickly little girl whom she names Hildamara Rose. Marta hardens her heart against the child, thinking she will die. However, Hildamara lives and exceeds her expectations. In spite of this, Marta refuses to show affection to her eldest daughter, and pretends to love her other children more. All throughout Hildamara’s childhood Marta treats her in the same manner, therefore becoming like the man she still hates, her father. Will Marta see the error of her ways and begin to rebuild broken relationships? Will she let her broken past rule her more promising present? To answer these questions, read the book! Her Mother’s Hope, combined with the sequel, would make an excellent Christian drama film. In fact, a truly talented creator could tailor the film to be an epic, as the story follows someone’s whole life. We here at Box Office Revolution continue to long for the day when Christian filmmakers will recognize the untapped potential found in superior works of Christian fiction such as these.