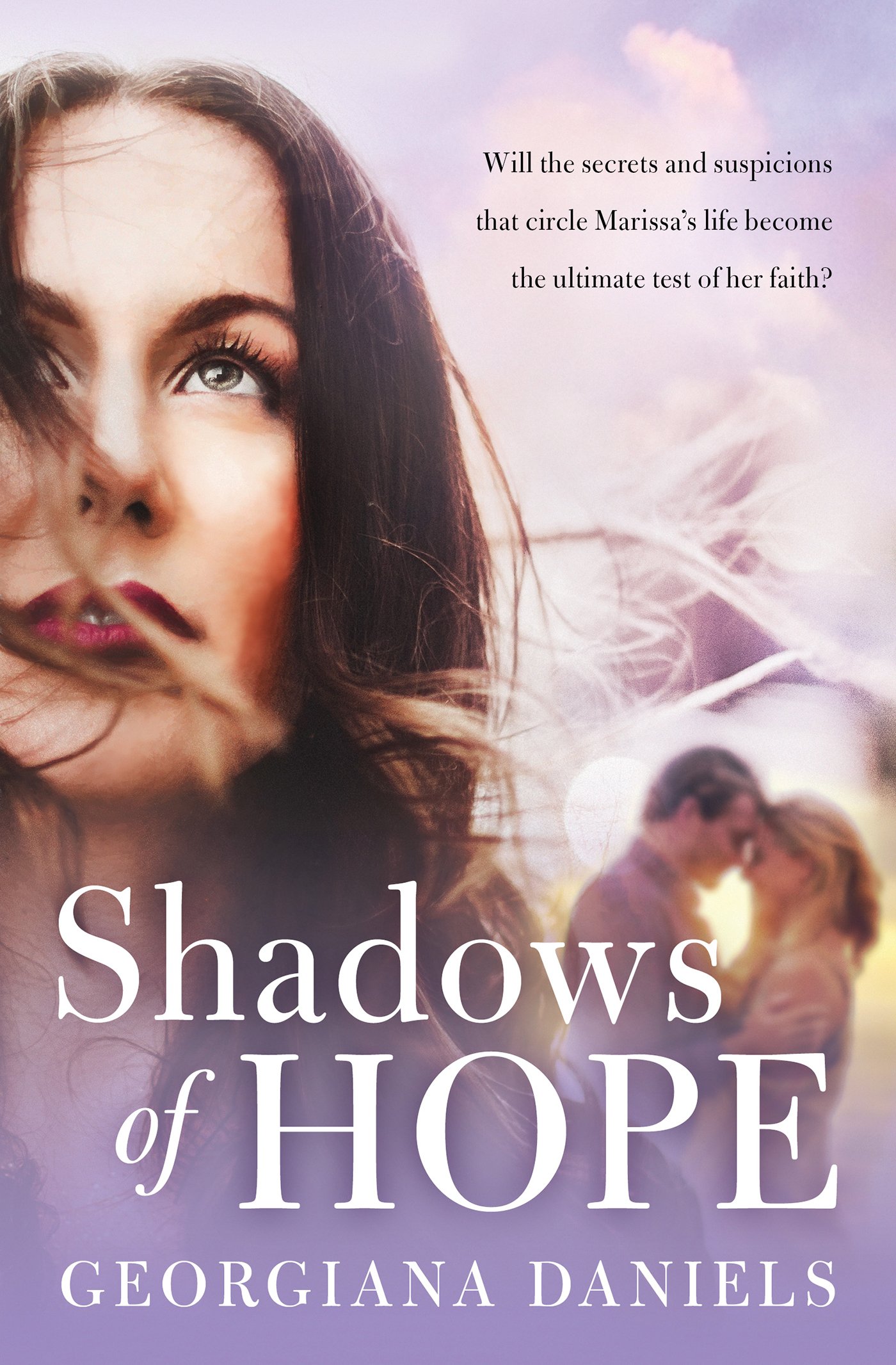 Author’s Note: We were provided with a free copy of this novel in exchange for a fair and honest review.

First off, I want to commend Daniels for taking on a difficult topic that many would shy away from. Shadows of Hope paints a realistic picture of what happens to a marriage when one partner has an affair and both partners have unresolved issues. Marissa is unhappy in her marriage, a marriage that has been broken by miscarriage and infertility. She has run from the truth for years by throwing herself into her work at the crisis pregnancy center she runs with her lifelong friend, Tristan. Tristan is a counselor at the center and Marissa often finds herself pouring out her personal sorrows to his listening ear. Colin, a biology professor, is also unhappy with he and Marissa’s marriage, and like Marissa, has never fully healed from the pain of their infertility. He has run from the truth by having a secret affair with one of his students, Kaitlyn. Now Colin is under observation at the school and is waiting for the board to decide if he is eligible for tenure. He decides it’s time to wash away his sins by quickly ending his affair with Kaitlyn before the truth comes out. There’s just one problem. Kaitlyn just found out she is pregnant. Kaitlyn is, or was, a dedicated student with a steady job at a local coffee shop. To her credit, she does not know that Colin is married, but she has still sinned by having marital relations in secret with someone who is not her husband. When Colin refuses to answer her texts, she ends up at the crisis pregnancy center where Marissa works. Marissa, not knowing who she is, treats her like any other client. When Colin finally finds out that Kaitlyn is pregnant, he begs her to let him be involved in their child’s life because he has always wanted a child. Throughout the novel Colin continually refuses to accept the lasting hurt towards others that his choices have caused, and Marissa fights against facing the brokenness of their situation. Will Marissa and Colin’s marriage survive this storm? While it has good qualities, I found the plot to be rushed at times and inconclusive. The story seems like it could have been further developed, however, this could happen in movie form.

The main characters are mostly well-developed and relatable. However, the supporting characters are not fully developed, but still lend considerable support to the plot. Character development is not the novel’s strong point, but the characters are still developed enough to drive the plot. Daniels crafts relatable characters by pointing out their mutual personal problems. Marissa has an unhealthy emotional dependence on Tristan, and Colin has a sinful relationship with Kaitlyn. It takes Marissa a little too long to begin making the right decisions, and Colin never seems to accept his part in breaking their relationship. While Colin’s character is realistic, his part of the story is left unfinished. In comparison, the reader is left with hope when Daniels does a good job of concluding Kaitlyn and Marissa’s stories. Therefore, Daniels earns an average score in this area, however, she has a lot of potential and I am excited to see what she does next!

The novel’s plot is very original and creative. In fact, I have never seen anyone write such an honest perspective on affairs and dual relationships in a ministry setting before. It is because of this that the strongest area of the novel is creativity and originality. Daniels writes in a refreshingly blunt manner that does not sugarcoat the reality of brokenness or condemn its existence. Therefore, the novel it is definitely worth a read because it poses convicting questions about relationships. Finally, I think that Daniels has some great ideas and am interested in reading her future novels. Furthermore, I think that the novel has the potential to be an eye-opening Christian film that would challenge a lot of people in the ministry world.