Much like other newer, more mainstream PureFlix releases, Do You Believe sports professional production quality with very few errors to speak of.  Naturally, due to the nature of this film, the editing is mostly a mess as each scene tries to be a dramatic climax with no resting periods or relief scenes.  Thus, the only issue with the production can be rectified by improving the plot.

Much like God’s Not Dead, Do You Believe takes on far too many subplots than it can handle.  Easily half of them are unnecessary, as each of them try to insert a dramatic turn into nearly every scene that comes up.  The paramedic subplot is mostly unrealistic and unnecessary, and its deletion would have also rendered the Andrea Logan White\Sean Astin subplot useless.  The military veteran suffering from PTSD and the girl with the unknown past who tries to commit suicide belong in their own film, so they can be developed better as characters.  The criminal brothers subplot is awkward and stereotypical.  With the removing and reassignment of these subplots, the more pertinent elements of this storyline, namely the older couple who helps the homeless mother and daughter and the pastor and his wife who help the young homeless mother, could have been given more room to grow and be developed beyond their current state.  An alternate option to improve this plot would have been to start at the mass car accident scene and then work backward by following each character’s path to the accident, but this would take a lot of skill and discipline.  Also, the narration has to be totally eliminated.  In short, there is so much content in Do You Believe that there is bound to be potential in here somewhere.

While there are some good elements to the acting of this film, most casts would be improved in the absence of Liam Matthews, Andrea Logan White, and of course, Ted McGinley.  There are just so many cast members involved here that any good portions are cancelled out by poor performances.  However, if the storyline was pared down to a realistic medium, the cast would have also been trimmed to ensure quality of quantity.

Quality over quantity was truly the order of the day for this film.  Dumping every subplot you can think of into one film will make a film that a lot of people will see and perhaps like momentarily, but its lasting impact is blunted by its onslaught of content.  However, there are enough good ideas in this film to perhaps kickstart a better film in the future. 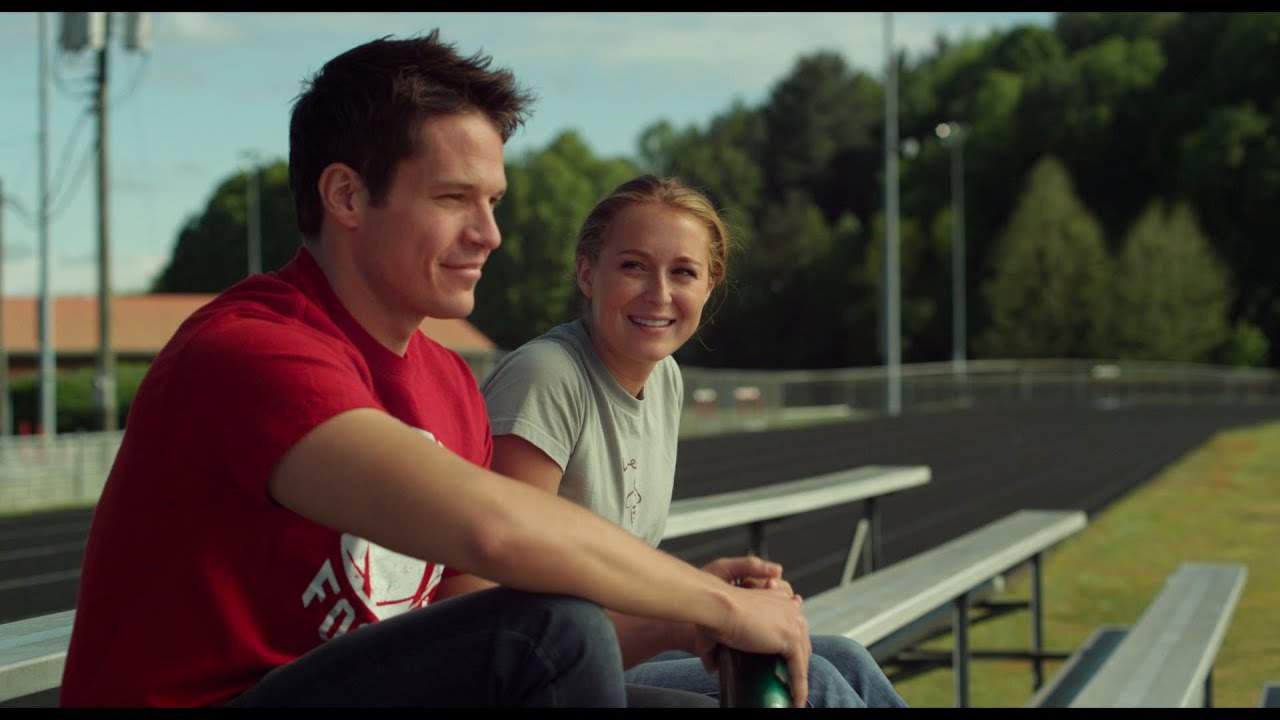 Jack, Dan, and Allison are excited to be a part of the special day for their friends Tommy and Skylar, who are marrying each other.  Dan looks forward to capturing the day with his camera.  However, the wedding reception is interrupted by an unexplainable cataclysmic event—thousands around the world are turning up suddenly dead.  As if this was not enough, natural disasters begin occurring one after another, driving the five friends to seek shelter along with millions of others as darkness descends on the planet.  They must come to grips with the Christian beliefs they have long been ignoring in order to survive the chaos.

This is intended to be a found footage production, but the movie does not stick with found footage for the entire duration, even though multiple characters are shown filming with various devices.  In conjunction with this, the camera work is expectedly shaky, probably to add some kind of sensational feel.  Since this is supposed to be a horror movie, there are also obligatory cheesy jump scares, cheap dark action, and poor special effects.  Multiple scenes have constant flashing lights or piercing noises, making for a cringing watch.  In addition, there are multiple scenes that repeat over again due to characters watching the footage they have already recorded.  In summary, the production is C-grade; do not watch if you have epilepsy or dizziness problems, because this movie will not be kind to you.

What is the plot?  The Remaining falls in line with many apocalyptic action and horror movies that discard the plot and exchange it for sensationalism.  There is no driving purpose except for trumped up drama.  There too many characters, and they are all empty, neglected in a quest to attempt to entertain young audiences, we are guessing.  The dialogue is stock and forced, like it was added just because the characters had to say something.  The Biblical elements of the movie are juxtaposed on top of an overdone horror concept.  No matter where you stand on end-times prophecy, the succession of the judgments is sped up to suit this movie’s runtime.  Furthermore, the end of the movie is extremely perplexing, like they just ran out of ideas.

The acting is cheesy and amateurish.  Most of the time, the actors are either trying too hard or not trying at all.  Horror acting is already bad enough, and this cast took it to a whole new level.  We feel that even coaching would not have helped because of this movie’s clear lack of direction.

The Remaining feels like a group of college students got together and wanted to make a horror movie.  When they were rejected by mainstream producers, they decided to slap a Christian message on it and hope it stuck.  Why this movie was distributed is beyond Box Office Revolution.  It should have been stripped of its funding early in the production process.  It will forever be remembered as one of those cheesy Christian apocalypse films that never made any real impact.

Pastor Matthew has almost forgotten why he believes what he believes.  His spiritual life is stagnant and he wonders why he is even a pastor, until one day he when he encounters an eccentric man on the side of the road carrying a cross.  The man asks him if he truly believes in the cross he preaches about.  This prompts Matthew to alter his approach to ministry by assisting a homeless pregnant girl and by learning more about the lives of his congregants.  Outside of his realm of influence, events begin to take place that indirectly affect him and the people of his church.  They are all headed for an unexpected collision and are forced to truly look at the lives they are living—what do they truly believe?

In the same vein of God’s Not Dead, the production of Do You Believe is an improvement over previous PureFlix installments.  The camera work is good; several difficult action scenes are portrayed well.  The sets are realistic and diverse.  Audio quality is also good and the soundtrack is respectable.  There is not too much wasted time in the movie, but the editing is not the greatest.  However, this is most likely due to the high amount of plot content.

There are a lot of well-meaning intentions in the plot of Do You Believe.  There are a lot of good stories, but like God’s Not Dead, they are all crammed together, thus making it hard to focus on one or for each one to develop as they should.  There are more subplots in Do You Believe, and a handful of them are unnecessary and stereotypical.  There is also too much narration that replaces the value of developing a plot.  Due to the large amount of content, most of the characters are reduced to stereotypes and are therefore not accessible.  What would have greatly improved this movie would have been to start at Do You Believe’s climax and then work backward by integrating the past and the present.  As it is, a lot is left on the field.

Some actors are professional, while others seem unrealistic in delivery.  The cast is very diverse, which is a plus.  It is possible that the many characters crowded out the scene and did not give actors enough time to work through their characters, but it is also possible that not enough acting coaching was employed in Do You Believe.

Do You Believe has an excellent message, but it is too issues-based.  The better production quality and the action sequences do hold the attention of the target audience, but the movie is not as good as it could be.  There is plenty of potential with some of the better story lines, but they are drowned out by too much content.  It is noble that the creators wanted to address a lot of important issues in a Christian movie, but the point may be lost.  In the end, it will be interesting to see how this PureFlix saga plays out in the future.