After Jesus Resurrected from the dead, He charged His disciples to go out and complete the work He had begun by making new disciples and building His kingdom on earth.  Jesus sent the Holy Spirit to give His followers power, and they spread His Gospel to ends of their known world.  God also raised up an unlikely champion of the faith in Paul of Tarsus, who formerly persecuted the very people he joined forced with.  Through the power of God, the followers of Jesus turned the world upside down.

Much like the other installments of The Visual Bible saga, Acts demonstrates superb production quality, including in the areas of video quality, audio quality, and camera work.  The soundtrack is a bit generic, but the sets, props, and locations are excellent in historical and cultural authenticity.  There are virtually no errors to point out here—except for the fact that there is no editing, which is by design.  In the end, however, this is a top-notch production.

Acts demonstrates the same ambition as other Visual Bible films, which cover entire books of the Bible in one film.  Unfortunately, while there are many excellent stories in the book of Acts, this rendition is simply too long to have full impact.  Once again, designed narration hurts character development and thus makes this more of an informational resource than a drama film.  However, it still has its place, even though this film tends to have a strange portrayal of angels.  In the end, the historical accounts therein are very enjoyable and worth a watch.

Unfortunately, Acts still contains the Visual Bible struggle for cultural authenticity as not many of the cast members are culturally appropriate.  While there are some moments that are too theatrical, this cast is mostly professional even still, with good emotions and line delivery.  Also, costuming is a major plus.  This rounds out another generally average effort.

At least this depiction of Acts is not cheesy, but one has to wonder what it would have been like if this was a series.  It seems like it would have had great impact.  Actually, Mark Burnett and Roma Downey already tried that.  However, I think we are still due a good series based on the book of Acts.  Any takers? 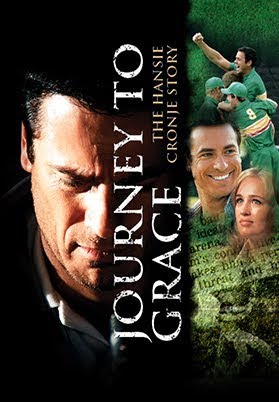 Hansie Cronje was one of the world’s best and more famous cricket players, and he used his sports platform to glorify God.  He was passionate for the game and for his family, but the pursuit of a better retirement for him and his wife consumed him.  He always wanted to do better and wanted his game to be better, but this got the better of him as Indian bookmakers relentless pursued him to pay off his team in a match-fixing scheme.  Hansie continually refused them until he could do so no longer.  In the aftermath of things, will he accept God’s grace for what he did?

Though this is an early 2000s production focused on international locations, it is very well done.  Video quality, camera work, and audio quality are what they should be.  The soundtrack is culturally appropriate.  Sets and locations, though difficult to construct and capture, are executed well.  Also, sports props are well presented and constructed.  The only issue to raise here, of course, is the editing, as too much content—almost an entire life story—is shoved into this seemingly brief runtime.  But in the end, this is a production to be proud of.

This account is a great true story and one worth bringing to the big screen.  Though the characters are mostly realistic, due to the rapid passage of time and the large amount of content dealt with here, they are hard to get to know very well.  They are accessible as people, but there are a lot of side characters that get left by the wayside.  Also, lots of otherwise important sidebar topics are introduced briefly and then forgotten about.  Yet this story is historically authentic and accurate and certainly has a lot to offer as a lot of complex ideas are woven together.  Epics are very hard to make, so this effort is commendable, and most audiences will enjoy it.  In the end, the story is very realistic and leaves an important lesson to be learned.

This historically and culturally authentic cast can hardly be faulted.  There are no glaring errors here as great care was taken to make sure each character was cast appropriately and realistically.  Line delivery and emotional delivery are impeccable.  This is a casting job to be proud of.

It seems like this creative team did everything they could do to make this movie the best it could be, yet they fall just short of the Hall of Fame, only due to amount of content that is taken on here.  Yet we know that a longer runtime was probably out of the question due to budget constraints.  In the end, however, is this an enjoyable movie that will be well-liked because the creators definitely put their full effort into making it quality.  It is definitely worth your time.