A newly married couple loves each other and is trying to heal after their relationship began with a rocky start. However, situations continue to arise that complicate their marriage, which leaves both of them searching for answers. Will they find redemption under the grace of God before it’s too late?

Despite being a 2019 production, Beyond the Vows has many pitfalls. These include inconsistent audio quality, with some lines not even being audible, little to no discernable soundtrack, and loud background sounds. Although video quality and camera are acceptable, the sets, locations, and props are very cheap and limited. Further, the editing is full of continuity errors and abrupt transitions that sometimes completely cut off scenes. As such, though there were some acceptable parts in this production, it can’t receive a very high score.

This film offers a strange mix of odd fundamentalist Christianity and unusually edgy content. Weird conversations both reinforce rigid gender stereotypes and fixate on questionable topics that do nothing to uplift the audience. Besides these obvious concerns, the dialogue fails to do anything for the characters except make them mindless, strawmen, or unrealistically perfect Christians. It’s hard to understand the actual point of this plot as it meanders around with no purpose except to explore weird relationships, demean women, force legalism upon the viewer, pass judgment on certain people, talk down to young adults, or make marriage all about having kids. Using wild time jumps, the story spins in circles, rehashing the same things over and over again and relying on ridiculous coincidences to keep the narrative going. Finally, when it’s mercifully over, nothing is accomplished save for the creation of an offensive project that warrants negative points in this section.

While the acting starts out as generic and average, it definitely gets worse as it goes. Some cast members are better than others, but a handful of them seem quite unsure due to poor coaching. Many of the emotions are either muted or forced. A couple of cast members seem uninterested in being on set, which can’t really be faulted given the low quality of this movie. In the end, this section does nothing but keep this screenplay from being negative points overall.

It’s commendable to try to create a plot that depicts the realistic struggles of married couples, but Beyond the Vows simply goes too far. It’s possible to be too realistic to point of turning off the audience, which prevents anything from being learned. Besides this, this film’s narrative isn’t even engaging, not to mention the fact that the production and acting are sub-par. All of these factors combined together spell a recipe for disaster, which is why this movie should have never been made. 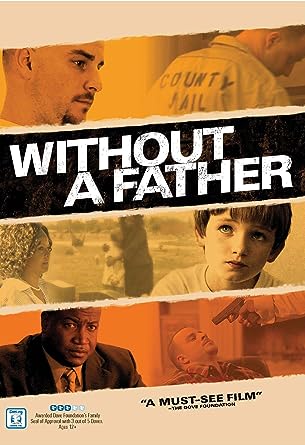