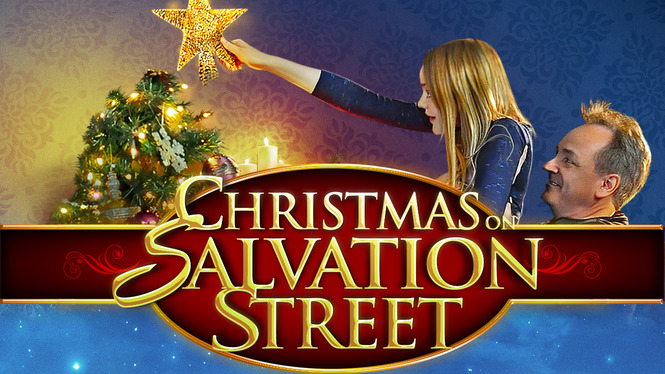 After his wife dies, Noah Davis decides to accept the invitation of a friend to become the pastor of a California street mission that serves the poor.  One of his daughter objects to the idea, while the other one goes along with whatever he says.  While in the urban areas of southern California, the Davis family ministers to the forgotten and the lost and finds themselves in some harrowing situations with a local gang and some foster kids.

For the most part, the production of Christmas on Salvation Street is average.  Video quality is good, but audio quality is inconsistent since it is sometimes too loud and sometimes has too many echoes.  Camera work is also good, but there are some cheap looking sets and limited locations.  However, there is improvement in these areas throughout the film.  The editing is also fine except for one too many montages and reused scenes.  On the whole, as previously mentioned, this production is average and definitely has some room for improvement.

At first, the story behind this movie is an interesting idea, but it is seemingly too vague at first.  It is difficult to understand the motivations of the characters as the plot tends to meander with no real focus.  The dialogue also tends to be a bit pedestrian.  Most of the time, Christmas on Salvation Street seems more like the installment of an already-existing series or the beginning of one rather than a standalone film.  While sometimes it is unserious, it is clear that the writers meant well with this film, even if the idea is incomplete.  It’s also hard to see how this needed to be a Christmas film, and things tend to be too easily fixed in the end.  But at least there was an effort here to make it somewhat interesting.

Sometimes the cast members can be a bit too enthusiastic about their lines and emotions, but they settle in as the film progresses.  As time goes on, the cast members become more natural in their roles.  Emotions and lines, for the most part, are delivered effectively, which rounds out a nearly average film.

Films like Christmas on Salvation Street are problematic because they show potential to do more than actually deliver on.  Movies like this do not dwell in the basement of Christian film, but they are not in the top group either.  There are a lot of movies like this that don’t quite go the distance, but perhaps one day, their creators will break through and change the film world with more quality movies.

When Courtney Smith-Donnelly, an inexperienced coach, is given the job as the new cross country coach at Orange Hills Christian Girls Private School, many parents are skeptical of her ‘unusual’ training methods.  She insists on not wearing the girls out, but the parents want a winning team.  Under the threat of being fired, Courtney pushes forward and encourages her girls to remember the goal no matter what.

At least since they have been making films for nearly two decades, the Christiano brothers have learned how to craft a professional production.  Video quality, camera work, and audio quality are all what they should be.  The soundtrack is a bit silly at times, but outdoor locations and indoor sets are on market standard.  The only real issue to point out here is the slightly poor editing job, which manifests in too many sports montages.  But in the end, at least the production quality of this film is fine.

Unfortunately, after all these years, the Christiano brothers have not been able to figure out how to craft a plot that relates the real people and real circumstances.  They still demonstrate a trite and sometimes childish outlook on life, which includes a silly and plastic handling of otherwise important issues.  The characters are also extremely thin and one-dimensional due to mindless dialogue.  There is hardly any content in this plot except for sports sequences and lingo and there are a lot of disjointed subplots.  But perhaps the most memorable part of this plot—for all the wrong reasons—is the forced and confusing parallels between Christianity and cross-country, as well as the ridiculous persecution the main character undergoes for training her team in a supposedly controversial fashion.  This component dominates the film and is downright laughable, not to mention all of the quick fixes in this film.  Basically, there is still nothing good to say here.

Though the Christianos mostly departed from their usual cast in his film, there are still issues here.  The lead actress is often overly practiced yet unsure of herself at the same time.  Other cast members are fine, but emotions often seem forced.  Overall, this is an average performance.

Remember the Goal is a departure for the Christianos in that they have finally allowed a female character to take a lead role in a plot that does not involve them being confined to the house.  Yet it still contains a lot of their typical shallow elements and their limited outlook on life and faith.  Unfortunately, they’re not going to improve until they learn how to relate to real people and stop thinking that everything is a persecution ploy.  But after all this time, why would they change? 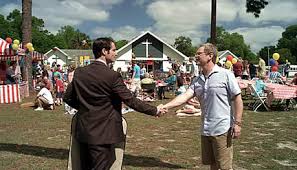 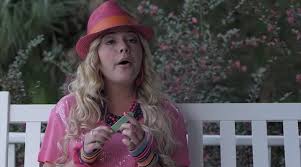 Rob Decker is a successful sports agent who has his eyes set on capturing another prize: Shawn Hart, a top high school baseball recruit who resides in a small rural town.  When Decker personally travels there to try to scoop up the young athlete, he finds that he is up against more than he thought.  He also discovers a long lost athlete whom he tries to convince to come back into the sports world.  But instead of making converts of his own, Decker finds himself questioning his very purpose in life due to his encounters in the small town.

It is obvious that the creators of Ring the Bell were going for a film that looks good on the surface, but has no substance.  The video quality is clear and outdoor scenes are filmed well, with consistent lighting and sound.  The camera work is solid across the board, but this is the extent of the movie’s overtly positive qualities.  The soundtrack is very stock and only adds the movie’s cheesy image.  The editing is very choppy; it feels like this movie is a collection of random scenes glued together.  It jumps along, hitting high points and movie the plot along at breakneck speed.  But the plot itself is an entirely different story.

Ring the Bell is a typical stuck-in-a-small-town with an extra large dose of cheesiness.  Typical Southern backwards characters populate the plot, but they are all more absurd than usual.  There are also the typical ‘off-beat’ personalities who make themselves too well known to the audience.  There’s also the town pastor, who serves the purpose of inserting awkward theology into the film at opportune moments.  Then there’s the female lead who has long debates with Decker about what really matters in life, including hashing both of their life stories after knowing each other for a few days.  All of the dialogue is forced and robotic.  As previously mentioned, the plot does not flow well at all and it is hard to get a bearing on the true meaning of this movie.  The only positive thing we can detect in Ring the Bell’s plot is its clear presentation of the gospel for whoever is paying attention.  Otherwise, there is little to nothing to be excited about in this film.

Barring a few cast members, the acting is overall very in-your-face and extremely obvious.  Emotional delivery is overdone; some actors are like walking commercials.  Steven Curtis Chapman is a really nice guy, but it feels like he was forced to be in this movie with no help.  In short, there is simply too much negative in Ring the Bell.

Ring the Bell falls into an overflowing recycle bin of Christian movies that should have either never been made or greatly reworked early in the pre-production process.  Were all of these films combined into a handful of excellent movies, the Christian movie scene would look vastly different than it does now.  We at Box Office Revolution hope to change this trend by promoting more quality films and by pointing out how low quality films could have been better.  Unfortunately, Ring the Bell is one of those screenplays that had very little potential from the beginning.