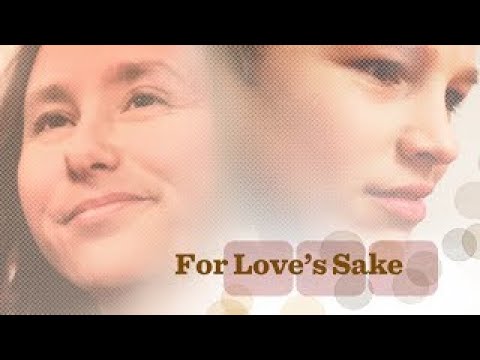 When Mary Walker’s husband dies in a car wreck, she begins to sink deeper and deeper into depression and suicide attempts.  She eventually loses custody of her two sons, even though she refuses to allow her atheist in-laws to take care of them.  They are instead sent to a Christian children’s home that quickly becomes the center of controversy, due to the suicide of one of the children there.  But the Walker family forges a relationship with a Christian therapist that gives them a ray of hope for the future.

It is hard to comprehend why For Love’s Sake was funded or created.  With very poor video quality and unprofessional camera work, this film looks like it was made in the time period it is portraying.  Audio quality is no better, including a cheap soundtrack.  The sets and locations also look cheap and the entire movie has a feeling of being dark and grey.  The editing is very amateur, with many wasted scenes and missing pieces of the plot.  Unfortunately, there is really nothing good to say here.

As previously mentioned, tons of content happen off screen, as the budget was clearly too low to include complex scenes.  The entire storyline has an unhealthy obsession with suicide and an incorrect portrayal of mental illness.  The plot is very melancholy and depressing itself, and sometimes downright creepy.  There are some disturbing scenes that we don’t consider to be family friendly.  Besides all this, some of the characters are atheist strawmen and all the characters have very forceful and annoying dialogue.  There is no way to appreciate the struggles of these characters—they are all wooden and dark.  While it is commendable to address mental illness in film, this is not the way to do it.

As with the rest of the film, the cast members are drab, dank, and dour.  They are either cold and unfeeling or so depressing that they make you feel depressed yourself.  As they mire in the slough of despond, line delivery is all wrong.  The costuming and makeup is also low budget.  In summary, this is another one of those zero-point slogs.

Mental illness needs to have its cultural stigmatism removed from it, and film is a good tool to do this with.  However, For Love’s Sake is the example of how not to portray mental illness.  This film only reinforces stereotypes and paints the mentally ill as weird and unfixable.  Besides that, it also puts more salt on the wound between Christians and atheists by making atheists out to be horrible people.  Everything about this movie is just all wrong and the one consolation is that it’s likely no one will ever watch it.