The Church of Truth is gearing up for their new pastor—they tend to go through pastors constantly due to the scandals the pastors create for themselves.  Now the few members that are left do not trust the incoming pastor due to the antics of the previous one, so they have banded together to take their church back.  However, as usual, things do not go as they originally planned.

It’s very difficult to discern what the creators of this film were exactly going for.  The production is one of the most unique and strange we have witnessed.  Though video quality is fine, this is the only good element of the entire film.  Lighting is weird throughout the film and camera work is extremely dizzying.  Audio quality is below par and the soundtrack is quite annoying.  Sets, locations, and props are very cheap and limited.  Finally, the editing and presentation style are off-the-wall and juvenile.  There is really little justification for the way this film is presented, which is why no one has tried to do it this way before.  Essentially, it’s hard to see the justification for this movie.

This movie is dominated by an absurd and obnoxious live narration trope that directs the main character to constantly interject her comments and lengthy explanations.  This plot device to truly the worst.  But even without this, the few characters that there are very annoying and over the top due to head-scratching and forced comedy dialogue.  None of it is funny—it’s not even unintentionally funny—which makes the entire movie a drag.  The storyline just continually slogs on with meandering and wearing conversations that never really go anywhere or serve any purpose except for the prolonging of this madness.  The plot scope is very limited and it’s once again extremely difficult to justify this film’s existence.  How these sorts of things are continually made is beyond us.

As can be expected, in keeping with the rest of this film’s elements, the acting is overdone, juvenile, forceful, and mostly annoying.  Cast members take their characters to the emotional and ‘comedic’ extremes and lines are forced in very awkward ways.  If this cast meant well, it’s difficult to tell.  However, it is clear that no coaching was present here, thus round out a very wasted effort.

It is increasingly unclear what the creators of this film were going for when they decided to make this.  This idea is barely long enough to sustain a feature length film and it’s certainly not one that ever needs to be repeated.  These sorts of films continue to serve as an embarrassment to Christian movies, but hopefully they will soon be forgotten and their mistakes can be learned from. 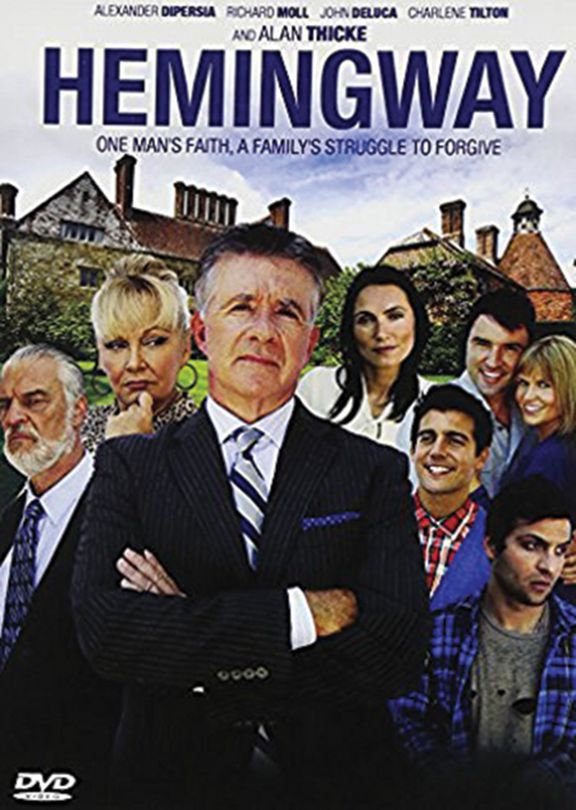 Jessica is struggling in her battle with cancer while her mother struggles to hold it all together emotionally and financially.  The last thing her Jessica’s mother expects is for her father—Jessica’s grandfather—to show up at their house unannounced in the midst of it all.  Her mother has no choice but to let Jessica’s grandfather watch over her daughter while she is at work.  Through it all, will they be able to mend their broken family ties even in the midst of the battle with cancer?

Closer to God is another one of those productions that has good effort behind it but not enough funding or creativity to sustain it.  As is usual for these types of productions, video quality and camera work are fine.  Audio quality is good, but there is virtually no soundtrack.  Sets and locations are quite cheap and limited to a few houses and vehicles.  Another common element for this sort of production is blasé editing, which is also true for Closer to God.  There are a lot of lagging scenes and confusing transitions.  Overall, this is an average production that could have been more.

While based on true events, Jessica’s Journey follows the predictable progression of a simplistic disease plot.  It is less dramatic than this type of story usually is, but it is instead filled with a lot of activities of daily living and meaningless sequences.  The characters are somewhat flat and one-dimensional due to uncreative and non-starter dialogue.  Perhaps the most identifiable element of this film is the creepy grandpa character depicted above.  A majority of the story is him wandering around the house spouting unusual dialogue.  While there is a vague recollection of meaning in the ending of this film, the rest of it is simply too much for it to matter.  We are unsure what was trying to be insinuated by the grandfather character, who dominates most of the movie, but perhaps they had no control over this actor…

It seems like the grandfather actor has been set loose on this set with no real direction except to use annoying and overly-enunciated line delivery.  He overshadows the other cast members, some of which are fine.  However, casting Ben Davies as a character older than he is simply does not work at all.  Some emotions are overdone throughout this cast, but there is some positive here, yet not enough to compete with creepy grandpa.

Films like this are very safe and marketable, but they have no staying power.  They don’t make the difference they hope to make and they rarely return the money that is wanted.  They are especially bad when they are remembered for weird offbeat characters like the grandfather in this film.  Elements like that are all that is remembered of these types of films because they have no dynamic elements to truly affect the market.  Once again, this is another one to throw on the pile.