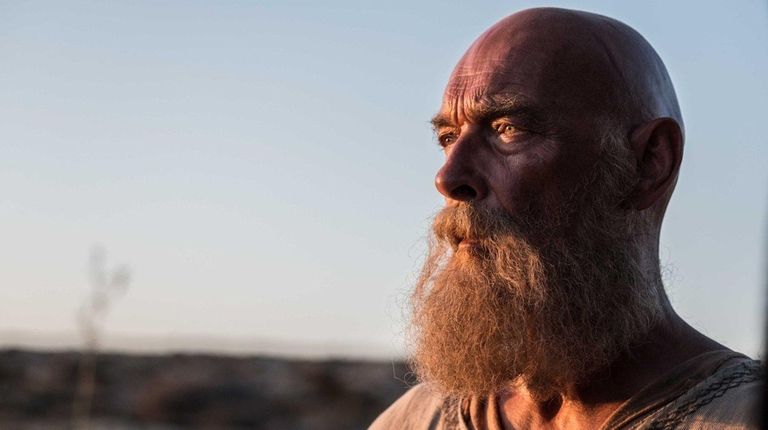 Ad avid surfer living the dream in Hawaii, Bethany Hamilton always sought to know God better and to improve her technique on the waves.  She had her life planned out fairly well: surf and compete.  What she least expected was having her arm horrifically bitten off by an unforeseen shark one day while surfing with friends.  After being rushed to emergency care, Bethany began a slow recovery process, but in the midst of this, she discovered that her life would never be the same again, for her passion—surfing—was suddenly next to impossible for her.  She is forced is come to grips with both her faith and her dreams and discover what her true purpose in life is.

With an obviously large budget and professional production teams at work, Soul Surfer looks great on the surface.  Its marketing campaign was backed up by beloved Hawaiian scenery, captured by professional camera work and clear video quality.  There is no question that the sets and locations are professional, and the scenery is diverse.  Sound quality is excellent, especially in the many outside scenes.  The soundtrack is intriguing and attempts to capture the local culture.  The biggest issue with this production is the one that plagues the entire film: poor editing, which is coupled with a blurry and confusing storyline.  With this level of professional production crews, the editing should be far better than it is.  Scenes are largely understated and meaningful segments are cut short to jump to more Hawaii landscapes.  The editing makes it hard to follow the actual purpose of this film.  There are too many time jumps and wasted scenes.  Overall, the production is clearly professional, but the editing unfortunately holds this movie back from being all that it could be.

Based on a great true story of Bethany Hamilton, whom we maintain is an excellent Christian role model, Soul Surfer falls short of capturing the depth and meaning of the true story.  Realistic events obviously happen throughout, but we cannot help but think this movie would have been less realistic were it not bound by real life events.  In the midst of Hawaiian beaches, surfing lingo, wave scenery, and surfing competitions, the characters are left shallow and wooden.  The audience cannot connect with them as real people—they are just characters that are swept along by the plot.  Dialogue is stiff and procedural, leaving much to be desired.  The plot ebbs and flows, sometimes hitting high points and missing them other times.  The Christian message is vague at first, then becomes very clear and meaningful, and then fades away again.  The ending is interesting enough, but it just ends up washing away like the tide (pun intended).  The audience is left thinking that they should like the movie because it’s a Christian movie based on a true story, but Soul Surfer is actually quite forgettable and disappointing.  True stories are usually undiscovered treasures when it comes to the big screen, but Soul Surfer is just another average film.

Someone thought that putting together a collection of semi-big-name actors and actresses would make this movie work, and there is really nothing glaringly wrong with this cast, but like the rest of the movie, they leave much to be desired.  Their professionalism only carries them so far—they needed to perform better.  Line delivery is mostly good, but emotions are hard to connect with.  A lot of the acting comes off as stiff and procedural, just collecting a paycheck.  With big name talent comes big responsibility.

As we have mentioned before, true stories should be among the best of Christian movies.  Whether viewers or creators realize it or not, audiences everywhere connect better with a movie that’s about real people like them who experience real stuff.  But after experiencing Soul Surfer, the audience doesn’t really learn anything else about Bethany Hamilton except that she surfed and stuff.  This is no discredit to her as a person, since she is likely a nicer person than we are.  But we remain opinionated as always: while still an average movie, Soul Surfer disappoints expectations.

The De La Salle High School Spartans football team accomplished the seemingly impossible when they won a record 151 games in a row and won multiple championships during that timespan.  However, everything came crashing down the day they finally lost a game.  The team began to splinter and tragedies hit close to home.  Due to health concerns, Coach Bob Ladouceur takes a leave of absence only to discover how disconnected he has become from his family.  When the dust settles, a second chance emerges for Coach Ladouceur, his family, and his team to redeem themselves and begin a new legacy.

The production quality is not as bad as some movies this caliber, but it is not the best that it could be.  The camera work is the strongest element, as the scenes are filmed well, especially the football action scenes.  However, the editing is very choppy, probably due to the fact that there is a large amount of content.  Time marches quickly without much warning and important scenes seem to be missing from the final cut.  Finally, the movie is replete with product placements that were evidently needed to fund this movie.  Box Office Revolution realizes that independent Christian films are difficult to fund, but overt product placements give the movie a cheesy feel.

Tracking back to the large amount of content in the movie, it seems like the creators bit off more than they could chew, so to speak.  This is a large scale story that spans multiple football seasons, and in the wake of covering a lot of time, character development is sacrificed.  In an epic, the dialogue is precious and must be used to its full potential.  When the Game Stands Tall does not do this and instead wastes dialogue by making it shallow and\or forced, thus affecting the characters.  A lot of people were affected in this true story, but there are too many characters in the movie, some of which only have a handful of scenes.  It is noble to attempt to make an epic that spans multiple years, and it is possible to be done, but this movie doesn’t stand up to the challenge.

While there is not much meaningful dialogue for the actors to work with, the delivery is vanilla.  Believable emotion seems absent from many of the actors.  Jim Caviezel is pretty good in his role, but that is the extent of the dynamic acting.  Again, the acting is not terrible, but it is just not compelling.

Many poignant issues are dealt with in When the Game Stands Tall, but they are not packaged well.  The audience is alienated and lost in a sea of movie content, which unfortunately could have made for a good movie.  Since a real life story is followed, there was a lot of opportunity for a realistic and believable movie, but this movie was not successful in capturing this.