Tom Canboro doesn’t believe in God or the supernatural, but his sister does and insists that he should before it’s too late.  However, one day, his brother-in-law begins to go insane, along with other people around the world.  Then Tom falls into a coma and wakes up to an entirely different world.  Everyone is following a world leader and receiving his required mark.  Will Tom turn to God before it’s too late?

Not much about production changes throughout this agonizing series.  Though video quality has finally improved, the film is filled with unwatchable and dizzying action scenes.  Audio quality is fine, but the soundtrack is cheesy.  Sets and locations are somewhat limited and there is some poor lighting in certain scenes.  In keeping with the theme of this series, Tribulation is full of more product placements from Jack Van Impe, John Hagee, and even T. D. Jakes for some reason.  Finally, the editing is all over the place and causes a confusing plot development.  In short, though tiny improvements are being made, it’s just not enough.

This installment is perhaps the most bizarre and sensational as it includes a lot of horror and creepy spiritual elements.  There are a lot of strange and bizarre sequences of violence, including sensationalized demonic activity.  The occult is portrayed in a childish manner yet there is still an obsession with the satanic.  All of this is combined with the forceful and ridiculous apocalyptic worldview that is being propagated in the midst of this madness.  The storyline is very incoherent as it jumps all over the place and fills time with information dump dialogue.  Most of the characters, especially the antichrist, are extreme strawmen and really have no potential.  In short, it feels like this movie was only made for the sensational appeal rather than anything meaningful, and it’s still horrible.

In keeping with the theme of sensationalism, emotions are over the top and obnoxious.  Line delivery is mostly forced.  While there are some good factors, this cast seems overall disingenuous, especially when one finds out that a handful of these cast members didn’t even know they were in a Christian movie when they agreed to this lunacy.  I guess they should have known that a movie this bad would be labeled as Christian.

Besides everything else, how does this installment fit into the series?  There are some connecting elements, but this ridiculous series as a whole really has no continuity or sense whatsoever.  If PureFlix had been named as a contributor to this mess, I would have believed it.  Constantly pushing TV preacher talking points and products transposed on top of a C-grade horror film is only a recipe for disaster.  Once again, scaring people into Christianity is a failing strategy and only serves to feed someone’s obsession with the sensational.  But don’t worry, there’s only one more of these… 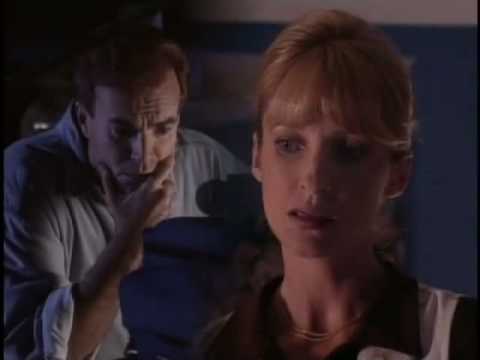