Childhood friends CJ and Sophia have lost connection with each other due to various life circumstances, but they now have a chance to rekindle their friendship during a fall break getaway. Along with two other friends, they go off the grid in a family cabin in order to re-establish what they once had. However, things don’t go as planned, and their sort of vacation takes a turn for the worst, which forces them to rely on God for their help.

After showing concerted production improvement in If You’re Gone, the Goodwin creative team has unfortunately gone backward in quality with Be Still and Know. This is due to many very dark indoor scenes and quite a few outdoor scenes that are dominated by background noises. Camera also tends to be shaky throughout, and some odd camera angles are used, likely for some type of dramatic effect. However, it doesn’t work, and the sets, locations, and props are fairly cheap. While video quality is one of the only bright spots of the production and although there are some good portions of this film’s presentation, there are many concerns as well, including a soundtrack that almost always plays in the background even though it doesn’t fit with the moods of the scenes. It goes without saying that many scenes are quite long and drawn out, which is due to random editing. In the end, while it’s not all bad in this section, it’s still a major letdown from a collaborative team that was headed in such a good direction.

Unlike previous efforts from the Goodwin team, the plot of Be Still and Know unfortunately has no real potential since there’s barely anything to it. The characters are either blank or stereotypical, and the conflict in the story really makes no sense at all. Conversations and dialogue are very bland and uninspiring, which makes the viewing experience a drag. The premise is highly unrealistic and questionable as it tends to involve slightly illegal activity that’s nonsensically justified. Further, the Christian message feels extremely forced and contrived. In the end, there are either too many issues with this storyline or too much boredom to justify its creation; it’s rare to see a plot with no potential from a experienced creative team, but this is unfortunately the case with Be Still and Know.

In this small cast, errors are more obvious, and they tend to carry the weight of the movie on their shoulders. However, the cast members cannot be fully blamed for the lack of adequate lines to work with. Nonetheless, many of them come off as either bored or overplaying, yet they aren’t all bad. Most of the acting is very boring, unchallenging, and uneventful, and emotions are vanilla. Further, costuming is unusual at times, but this section isn’t completely lost, which rounds out a surprisingly low-quality attempt.

John and Brittany Goodwin definitely care about making an impact in Christian entertainment, and every creator must come to a crossroads in their career: will they choose to continue in mediocrity or step out with something even better than before? Some movie makers are better suited to be series makers (see Dallas Jenkins), so this may be the missing piece of the puzzle for the Goodwins. There’s also plenty of Christian fiction to explore, which can supply ample content for struggling screenwriters if permission is secured. In the end, one movie doesn’t define someone’s entire career, so Be Still and Know could be a rough patch before the breakthrough.

When a snowstorm hits unexpectedly, six teenagers are trapped at Eastbrook High to wait it out.  None of them want to be there, and each of them as a secret to hide.  As time goes on, frustrations and stress increase, which causes the secret stories to come to light one by one.  However, the storm also continues to worsen, which threatens their safety.  Will they be able to make it out before it’s too late?

Although it appears the budget was somewhat limited, Secrets in the Snow has a mostly good production, including fine audio, video, and camera quality.  However, the soundtrack is a bit generic and loud at times, and the sets, locations, and props are understandably limited by design, even though they are well-utilized for the most part.  There is also some inconsistent lighting, as well as some randomly shaky moments of camera work, but the editing is good.  As a whole, this is an above average production that could have been slightly better than it was.

John and Brittany Goodwin have always attempted to develop their characters through backstories, so the effort to do this in this film is definitely commendable.  However, since this is a heavily character-based plot with almost nothing but the characters to hold it up, we needed to see much deeper character development and growth through meaningful conversations and flashbacks.  The dialogue therein needed to be less shallow and less scripted, and there are too many wasted scenes on activities that don’t build characters or help us to understand who they are as people.  Even still, this is a non-typical and mostly creative plot structure that demonstrates the true potential the Goodwins have as both screenwriters and film makers.  As they continue to grow in their careers, we expect great things from what they have to offer as they continue to deepen their character development over time because we know that they mean well and want to do their best.

Like other parts of this film, the cast members also mean well, but some of the line delivery and emotions come off as overly practiced and not natural enough.  Some performances seem to stilted and measured while some lines appear to be read.  However, there is plenty of positive here as most of the cast members appear to be comfortable with their character roles and seem to be committed to the process.  As a whole, this is an average film, which is great for a debut.

After this film and If You’re Gone, the Goodwins and their team are definitely on the cusp of something great.  Once they are able to deepen their characters and refine their plot structures, they will definitely be a force to be reckoned with since they have already rectified their production and acting shortcomings.  As the Goodwins continue to produce their own source material for films, we anticipate better things from them in the near future. 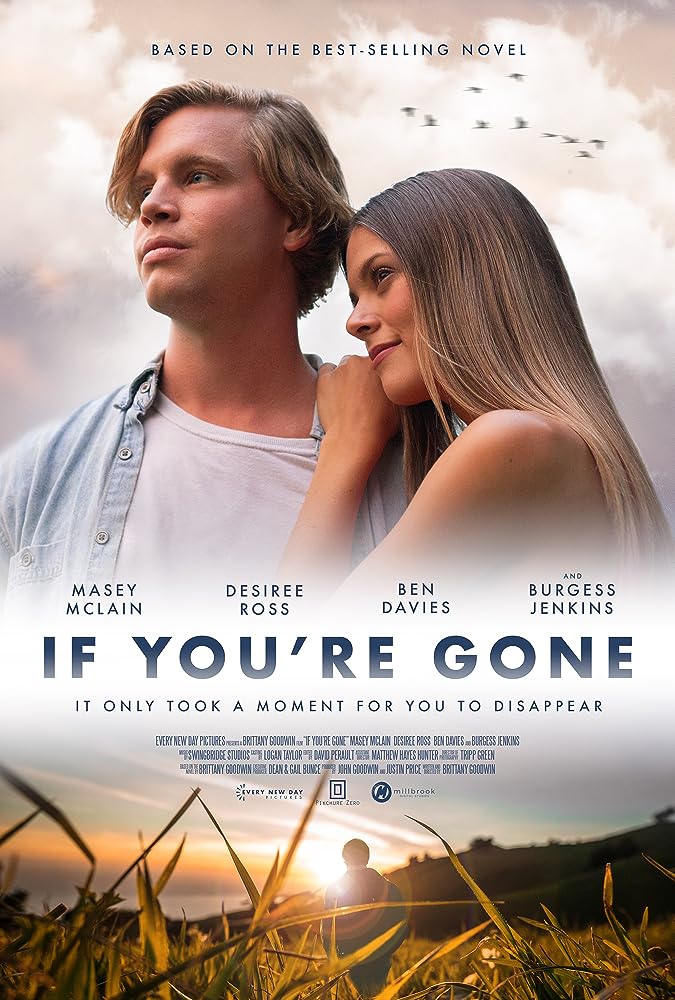