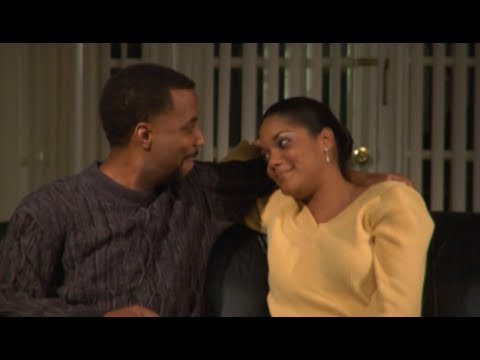 Lisa loves her boyfriend Bobby, but she doesn’t like the fact that he is not a Christian.  Thus, she prays for him to get saved, not realizing the impact her prayers might have.  Unexpectedly, Bobby gets saved one day in church, but he goes from being a drug addict (???) to being the most extremely Christian man ever.  He can’t stop talking about God, and he wanted to be the best man he can be.  Lisa become annoyed with Bobby and wonders why she ever prayed for him to change.

Unfortunately, Too Saved is a small church film with a very limited budget, which yields a very cheap production.  Because of the low funds and misuse of those there were appropriated, there are quite a few negatives to mention here, including poor video quality, shaky camera work, close-up shots, and inconsistent lighting.  Audio quality is also poor, and the soundtrack is cheesy.  Sets, locations, and props are severely limited and uncreative.  Finally, there is no substantial editing, thus warranting zero points for this section.

It is possible that a more juvenile storyline could be written?  Is this meant to be a children’s movie?  The entire premise is based on a man going from being a drug addict—who is not portrayed properly at all, mind you—to being an obnoxiously Christian person.  This plot could almost be a cartoon, but it’s really not all that funny.  The parts that are absurd are just plain boring.  There are no attempts to write a good story here or to craft realistic characters.  This movie is actually barely worth reviewing.  If the writers meant well, there’s no way to know.

Ahh, small church casts—you have to love them.  If a cast member is not acting over the top, then another is acting very awkward and unsure of themselves.  Emotions come off as forced, and this wardrobe really needs some help.  Unfortunately, there is basically nothing good to say about this fill except better luck next time.

Sure, the budget is tiny, but it doesn’t have to be this bad.  As I’ve said a hundred times, a low budget does not affect the plot.  If you have around $10,000 for a film, which is our minimum budget to garner a review, make sure to craft a very deep and complex plot with believable, accessible characters.  In doing so, you will prove yourself worthy to receive a larger amount of funding.  Instead, movies like Too Saved just squander what little they had.