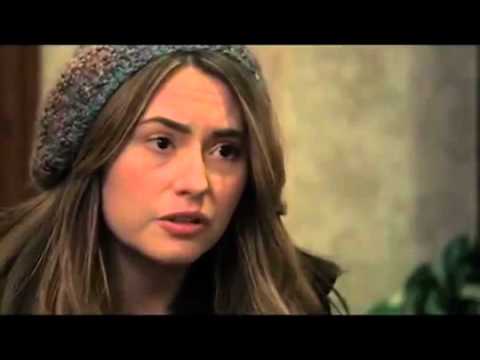 When Chris Taylor’s parents and sister die in a car accident, he inherits his father’s business.  However, he is bitter, confused, and angry by the happenings and takes it out on his employees.  He is on the verge of destroying the company when his sister visits him in a dream and shows him the past, the present, and the possible future if he continues on his dangerous path.  Chris will have to decide if he’s going to return to what his parents taught him or keep going his own way.

Surprisingly, By God’s Grace is a very respectable production effort.  Though there is an amateurish opening sequence, the video quality is clear throughout and the camera work is quite professional.  Audio quality is also good, including an interesting non-typical soundtrack.  The sets and locations are realistic and believable—they also don’t overflow with Christmas decorations like some.  As for the editing, there are some unnecessary scenes and sequences, but it is overall above average.  In short, this production puts a lot of others to shame.

By God’s Grace is based on a typical A Christmas Carol premise, which has been done before, though not necessarily in this fashion.  While there are some slightly interesting psychological elements, the storyline tends to be little bit too magical.  There is also too much narration, although flashbacks are used very well.  As previously mentioned, there are bit too many slow scenes and some of the messaging is too obvious.  The obvious nature of the plot is also evident in some of the characters, although there are interesting character arcs.  Some dialogue is also too convenient, while other dialogue is good.  Overall, while the ending is predictable, the story finds a way to be meaningful.  It’s a mixed bag and is little bit too juvenile to reach Hall of Fame levels.

There are also some juvenile elements present in the casting.  Some line delivery is forced and some lines are too loud while others are too soft.  However, there are plenty of bright spots regardless.  Despite the errors, this is an overall above average cast.  Many cast members appear to be coached well.  This rounds out an overall above average effort in this film.

By God’s Grace definitely could have gone further than this.  Had the idea been slightly more creative, some of the dialogue rewritten, and some of the cast members coached better, this could have been Hall of Fame.  It’s a shame when movies fall short of greatness, but perhaps this creative team will learn from it and improve in the future.  They have great potential that needs to be cultivated.