Anne Wells hates that her family has been forced to move to a podunk Texas town. Her father is a pastor who demands perfection from his family, and she hates him for it. Anne always does her best to get into trouble and to do whatever she wants because she wants to know if God really cares about her and what the actual purpose of life is. She escapes into her music, and her father escapes into his work as he runs from the ghosts of his past. When their family is faced with several life-changing decisions, which way will they go?

It’s clear that this film has a professional production that was given a lot of care and effort, which is evidenced by good video and audio qualities, as well as skilled camera work. Sets, locations, and props are well-constructed and well-utilized, even if there are a few unnecessarily dark scenes. Further, the soundtrack is highly effective and engaging. The only drawback to point out here is some choppy editing, but this is also due to the large amount of story content. As a whole, this is a very respectable production.

As Beyond the Farthest Star is based on good source material, it demonstrates a very profound understanding of the real problems facing real people, especially the struggles of people whose personalities are not appreciated by the church. This plot has an exquisite use of flashbacks to develop character motive and backstory, and the content of the flashbacks is extremely believable. Through the flashbacks and dialogue, there are excellent efforts to develop the characters and to develop the interactions between teenagers and adults. However, this plot is almost schizophrenic with its presentation because one minute, the dialogue is great, only to have it undermined with an out-of-left-field scene that makes no sense. There is a strange lack of understanding of certain aspects of reality, such as the acquiring of confidential documents. There is also a highly unnecessary religious freedom\persecution subplot to contend with that wastes tons of time and puts a damper on everything. Further, there is narration present throughout the story in the form of journaling, and sometimes it is tolerable because of its philosophical nature, but other times, it gets in the way and takes up valuable time. Thus, even though there is a large amount of content in this complex storyline, not every scene is used very well as some are unnecessary and contain some edgy content. Even still, there is tons of potential in this plot and in the people who wrote it because it’s not afraid to expose hidden ministry problems and to use unashamed small town satire. The message therein is excellent and very worthwhile, but there are too many dramatic scenes with no break, and the cheesy ending tends to fix everything, even if the climax scene is effective. Basically, Beyond the Farthest Star is a giant mixed bag of potential, some of which panned out, so it’s likely worth your time.

For the most part, the acting of this film is sharp and adept as each cast member appears to comfortably assume their respective character roles. Emotions are believable, and line delivery is on point. There are only a few minor issues throughout that pertain to some overdone drama and seriousness, but this section rounds out a very respectable film.

Movies like Beyond the Farthest Star are both engaging and difficult to watch because it’s clear that there is a massive amount of potential with this type of idea. A movie about rebels from Christian families combined with hidden ministry problems is exactly what we need now, but there is too much confusion in this film that holds it back from reaching its highest possibilities. Even so, this movie is worth a watch this holiday season, and it bodes well for any future projects from this creative team.

When Debbie Laramie makes a mistake that causes her to lose her current pastor job, she is demoted by her superior to become the pastor of a struggling small town church in Paradise, Texas.  She tends to be a rogue when delivering her sermons, so she brings her unique style to the stuck-in-their-ways small town in an attempt to shake things up.  Though plenty of gossip goes around about her, she forges ahead and tries to make a difference.

Unlike other Echolight-affiliated productions, Welcome to Paradise does not have the usual professional quality.  Camera work is unprofessional and there is some inconsistent lighting, although video quality is fine.  Audio quality needs some work, as does the random soundtrack.  However, sets, locations, and props are adequate and appropriate.  The editing could also use some improvement, but it is not that bad.  Overall, this is a confusing production because it’s hard to understand what they were trying to do.  They don’t appear to be that limited on budget, so it’s hard to know why quality is inconsistent.

This story was taken from the pages of a proverbial stock plot playbook.  It is the extremely stereotypical tale of a character who is forced to live in a small town and save the church therein.  Thus, every character stereotype imaginable is included, driven by pointless dialogue and very cheesy and forced comedy.  As the story meanders along in a useless fashion, it is driven by laughable coincidences and things that happen because they need to.  There is little to no justification for making this formulaic film because it has been done a million times before and after.  If you’re going to use a typical storyline, at least develop the characters properly.  However, this was not done in this film.

Though this is a semi-professional cast, they are trying way too hard to be funny.  Though they have their good moments, they are trying too much to exhibit quirky stereotypes.  It’s hard to feel like emotions are taken seriously in this cast.  Overall, this film is a big disappointment.

Welcome to Paradise feels like a dumb TV show or a reject Hallmark movie.  It could have very well been marketed by Hallmark, as long as it was fit into one of their seasonal molds.  Nonetheless, it’s difficult to justify the creation of these types of films.  Is this really what the Christian market needs?  We beg to differ.  Christian film makers can do better than this by a long shot. 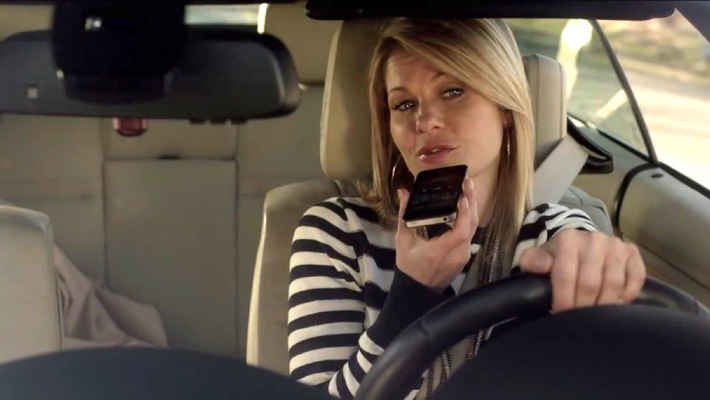 While driving to her destination wedding location in the Hamptons, Dr. Lisa Leland has an unfortunate run-in with the local law enforcement of Normal, Louisiana.  Due to her new speeding ticket and unpaid parking tickets, a local judge decides to give Lisa a choice between community service or jail time.  Lisa chooses community service and finds herself as the new town doctor.  While begrudgingly performing her duties, Lisa clashes with the town lawyer, who is in the middle of a heated legal battle.  Finally forced to slow down in her fast-paced life, Lisa realizes there is more to her existence than just making money.

The production quality of Finding Normal is better than usual, but it is still only average.  The camera work is passable, as are the video and sound qualities.  The sets and locations are limited and seem cheap.  The editing is all right, but there is not really much to work with.  Overall, Normal is a step above other PureFlix movies that contain glaring errors, probably since it was made for TV, but it is still not as good as it should be, knowing how much funding PureFlix has available to them.

The plot content is really where this movie takes a nosedive.  For starters, it is a typical small town hostage plot in which a big city character gets stuck in a small town with every cliché imaginable: little to no cell phone coverage, a local judge with an agenda, a police officer that pulls over newcomers, a small church with typical church events, a predictable town event, and even fishing.  Besides this, the storyline is trumped up and inaccurate—local jurisdictions cannot enforce parking tickets in other states.  It is a stretch to believe that being a doctor could count as community service.  In other news, an unrealistic religious freedom case is inserted into the film, along with some save the farm plot elements.  In the wake of this nonsense, the characters are empty and the dialogue is painful.  The ending makes little to no sense—the whole movie seems like it was forced to happen.  Unfortunately, there is nothing good to say here.

The acting is not as bad as it could be, but it is also not as good as it could be.  Candace Cameron Bure is average at best.  The surrounding cast tries too hard to have a ‘small-town feel’.  Overall, there is nothing dynamic enough here to warrant any more points.

The bottom line is that this type of movie has been done before, too many times.  There is nothing new about a big city character getting stuck in a backwards small town and being forced to slow down their fast-paced life.  When these types of movies are being pitched, creators need to be challenged to change it up and do something that hasn’t been done before, even something slightly different.  Christian films are already too replete with mediocre nonsense and we certainly do not need anymore.  We implore Christian film distributors everywhere to use the funding they have to make one truly dynamic movie, one that can change cultures, not five more that will be forgotten in a few years.