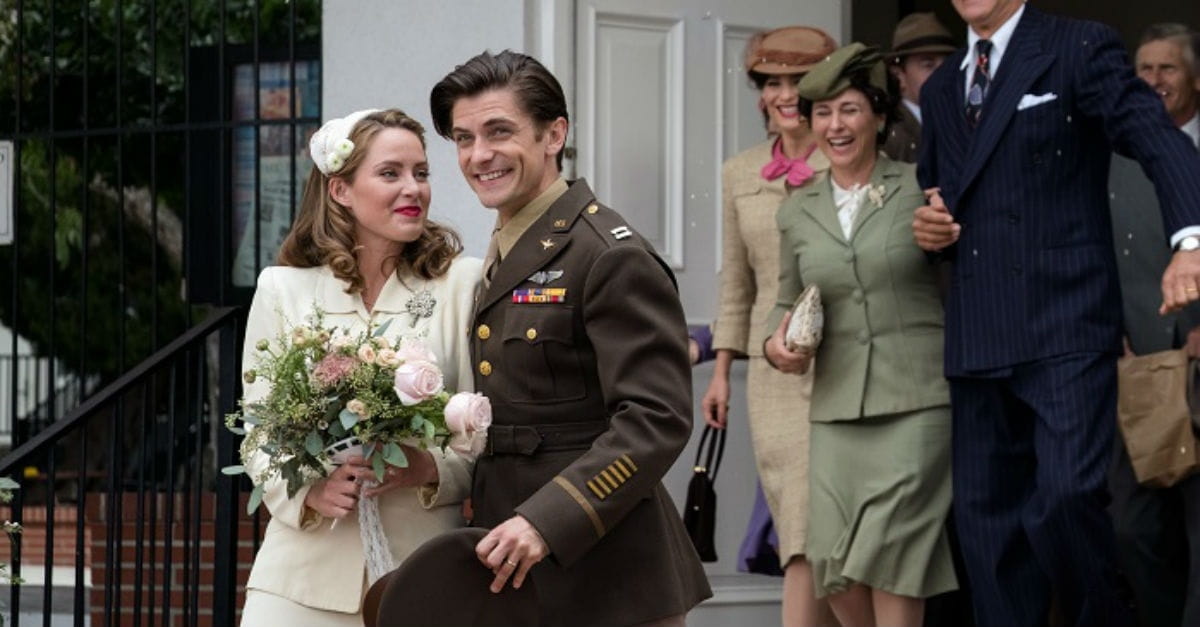 After surviving months being stranded at sea and being tortured in a cruel Japanese prison camp, Louis Zamperini was finally returned home as a war hero.  His family celebrated his safe return, but little did anyone know that the war still raged in Louis’ mind.  His lead torturer, The Bird, never left his dreams, and hate burned inside of him.  Louis decided to drink to cover up the madness in his head, but this got him into trouble, so he was given a chance to start over on a vacation in Florida.  It was there that he met his future wife, and he felt like his life was finally in a good spot.  They married soon after, but the war did not cease in Louis’ mind as it continued to rage and push his marriage to the brink.  There was only one way to end the war–only if Louis was willing to surrender.

Harold Cronk has had decent productions in the past, but he and his team really went all out for this one.  They obviously put a lot of time and effort into crafting extremely authentic and historically accurate sets, locations, and props.  This is not just another cheesy PureFlix ripoff because time and money were spent on attention to detail and one making it look real.  Video quality, camera work, and audio quality are also extremely professional, but these should be a given in higher budget films like this one.  Further, the soundtrack of Unbroken: Path to Redemption is very impactful as Cronk made a wise decision to depart from the typical Will Musser soundtrack PureFlix films usually have.  Finally, the editing in this film is very good as it handles a large amount of content very well.  In summary, this is a rare find as a perfect PureFlix production, and it is definitely a breakout film for Cronk and his team.

Despite what some critics may say, it was an excellent idea for this film to pick up where the Hollywood version left off because this second half of the story is much better than the first.  Hopefully, this film launches Christian entertainment into a new era of effectively using source material to produce great films.  The time jumps in Unbroken: Path to Redemption are handled very well without narration, and the dialogue is very well-crafted and well-constructed in order to build the characters into real, accessible people.  It goes without saying that the psychological elements in this film are exquisite and are perhaps the best in Christian film to date.  The use of flashbacks is wonderful, and the portrayal of PTSD is very accurate and on point.  Further, the plot progression is handled well, and the messaging is effective without being too over the top.  The only issues to raise with this plot relate to some slightly wasted time at the beginning of the film that is felt later when the ending comes off as a bit rushed, but this is really nitpicking because the story is presented very well and is definitely a breath of fresh air to Christian entertainment.

It was absolute genius to cast Will Graham as Billy Graham in this film, and this is the sort of expertise we need to see more of in Christian films as we hopefully progress to a new era of Christian entertainment.  Elsewhere in this film, the acting is slightly awkward in the first few scenes, as if they were test scenes, but the acting quickly and dramatically improves as time goes on.  Samuel Hunt has a surprise breakout role as Zamperini, and he does a great job playing multiple different roles as the same character.  Conversely, Merritt Patterson cements a great role as the lead actress in this film.  Overall, each cast member owns his or her respective role very well and seems very comfortable in it.  This rounds out an excellent movie that is definitely worth your time.

Unbroken: Path to Redemption earns an x-factor point for portraying psychological elements very well and for having re-watchability qualities.  Much like Jon Gunn did in The Case for Christ, Harold Cronk and his team have found a new voice by effectively adapting source material into Christian film.  This is exactly what we need to be seeing more of by letting someone else take the screenwriting duties.  Building an authentic production and casting great actors and actresses is also key to success.  Unbroken: Path to Redemption will have far-reaching effects and is definitely worth your time to go see.