When Allison goes missing on her birthday and doesn’t turn back up, her parents become very worried. The police won’t do anything for 48 hours, so Allison’s parents do the only thing that any reasonable person would do: contact an old friend from college who deals drugs and happens to know a shady private investigation group that has questionable ethics, such as impersonating police officers and breaking into people’s houses without permission. Allison’s grandmother uses a good portion of her retirement to fund this dubious operation, and time is running out to find Allison, who has been taken by human traffickers.

After a long opening sequence wastes time, this film’s remaining production doesn’t get much better. Video quality is acceptable, but camera work and lighting are quite inconsistent. The audio leaves a lot to be desired, such as a very loud and distracting soundtrack as well as awful special effects. Sets, locations, and props are fine, but the editing is quite poor. Some scenes awkwardly cut off while other sequences are very disorienting. In the end, despite slight improvement with time, this section is still below average, which is unacceptable for 2021.

This plot’s main strategy is the shove one thing after the next onto the audience without any continuity. Most events happen because the writers want them to, and some occurrences are quite unrealistic, such as the questionable legitimacy of the narrative’s shady investigative force and their possibly illegal actions. Many scenes come off as overly staged, and the many confusing subplots easily become discombobulated. There are a lot of moving parts in this story, and characters have no chance to be developed due to musical montages and mindless conversations. The villains are stereotypical and over-the-top, often using unnecessary expletives. The Christian message in this movie is fairly vague, and there seems to be an unnecessary political tilt. Overall, with unforced errors and basically no potential, zero points can be awarded here.

Most of the time, the acting in Trafficked is trying way too hard. Line delivery and emotions are much too forceful. Performances come off as overly practiced and unnatural. Despite slight improvement with time, only a small score is warranted in this section.

This screenplay is a true embarrassment for 2021. How much longer must we endure such drivel? Besides a juvenile portrayal of the otherwise serious issue that this human trafficking, this film chooses to give credence to shady and questionable operations wherein people take the law into their own hands. This should have been a major red flag for anyone who thought about investing in this movie. It’s still unbelievable how projects like Trafficked even get funded and make it to the public release, but it’s high time that we see fewer of them. 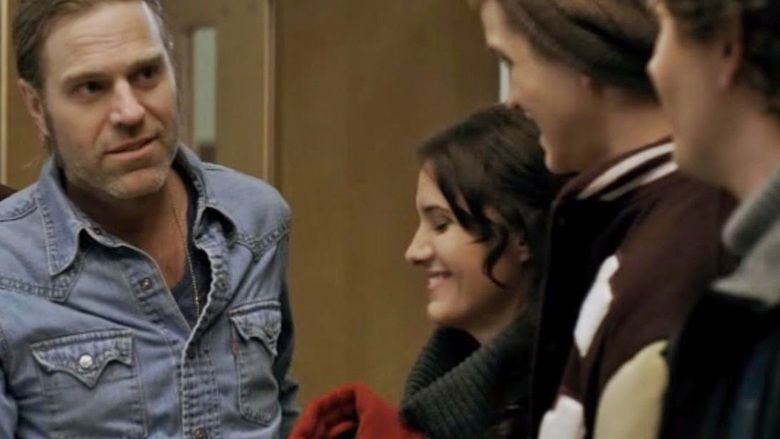 Red is the troubled son of a local police officer, Dana, who doesn’t want to be associated with him anymore.  She is trying to raise her other son to stay out of trouble, unlike Red, who deals drugs and hangs out with gangs.  However, Dana’s own life is coming unglued as she tries to rediscover the faith she left behind.  As Red shifts from one high to the next in search of true purpose, will he ever find the Creator Who is calling out to him?

To be billed as a high quality production, Ashes of Eden fails miserably.  It looks good on the surface with okay video quality, but other elements are highly unprofessional, such as the overdriven audio quality, the shaky camera work, and the inconsistent lighting.  However, the soundtrack is very intriguing and seems out of place in this train wreck.  Furthermore, the editing is very choppy as some scenes are cut very short and transitions are overall awkward and confusing.  In short, it seems like LightWorx Entertainment often gives themselves too much credit when it comes to production quality.

Ashes of Eden is an unusual attempt to portray overly-realistic ‘street’ situations and focuses far too much on the down and dirty without offering much hope.  The storyline is very depressing and seemingly pointless as characters go from bad to worse, spew random and unnecessary profanity, and constantly shoot each other.  There is little redemption for these unfortunately realistic characters as the audience is left lost as to what they are supposed to learn.  Also, there are too many head-scratching scenes that have little point or purpose.  But despite all of this, the ending is interesting and shows a little bit of potential, even though it is too little too late and does not redeem the mess the viewer is forced to sit through to get to it.  Basically, Shane Hagedorn needs to learn how to be edgy without being just like your average trashy film.

This cast is trying to be something, but it just doesn’t work.  They post underwhelming performances when they seem like they could do better as they do not reach their full potential.  Emotions are very inconsistent and there is far too much yelling.  In the end, this section reflects the rest of the film.

We aren’t really sure what DJ Perry, Shane Hagedorn, and LightWorx are trying to do.  They have interesting ideas that are executed very poorly.  In their attempts to be artistic, they either lost the purpose or come off as very dark.  If you’re going to venture into edgy content, you have to do it tastefully and you have to provide real and meaningful redemption.  Otherwise, you’re not any better than some random PG-13 or R-rated film on video streaming services.

As the Nazis strengthened their grip on the Netherlands, the brave Ten Boom family and their accomplices—a secret army of teenagers and college students—worked tirelessly to undermine the evil work of the Third Reich.  From hiding Jews and sympathizers to tracking Nazi movements to distributing illegal material to springing prisoners, the ragtag force was constantly doing something to resist the evil.  But when they are stretched to their furthest point and feel like all hope is lost, they will have to dig deep and determine what really matters most.

From start to finish, it is evident that the Spencer family and their team are dedicated to high quality productions.  It was ambitious of them to choose a difficult historical setting to portray, but they delivered exquisitely.  Each set, location, and prop is perfectly crafted for realism.  Video quality is excellent and camera work is effective in building suspense.  Audio quality has no flaws and the soundtrack is epic.  The only nitpick to raise here is some minor editing problems, probably due to the nature of this large-scale story.  But in the end, this is a top-notch production that will take them places in the future.

We always say that when it comes to movies, true stories are usually better than fiction.  Return the Hiding Place is an example of this.  Though the historical topic is very large and difficult to handle, it is handled almost perfectly.  Though there are many subplots, a common thread weaves them together to forge a true historical epic.  The characters are many, but they are believable and authentic.  Real, even hard, life is portrayed effectively.  The ending is powerful and drives the point home.  The biggest issue to raise here is the constant and seemingly unnecessary narration throughout.  While the dialogue therein is great, we would have liked to see more showing than telling.  But otherwise, this is a plot to behold and one you don’t want to miss out on.

Much thought was put into making this cast historically and culturally authentic, from costuming to accents.  Each character is cast excellently.  Line delivery is very much on point and emotions are real and believable.  The only compliant to raise here is some minor accent issues, but it’s not enough to detract too much.  In short, like every aspect of this film, it’s a job well done.

Return to the Hiding Place receives half of an x-factor point for portraying an important issue by properly connecting with audiences in multiple ways.  This is the sort of film we should see over and over again produced from Christian entertainment.  It’s high quality, plot-heavy, and well-cast.  Money was clearly spent wisely to make this film the best it could be, and it paid off.  The Spencer family and their team are truly talented, so we can’t wait to see what they have planned next.