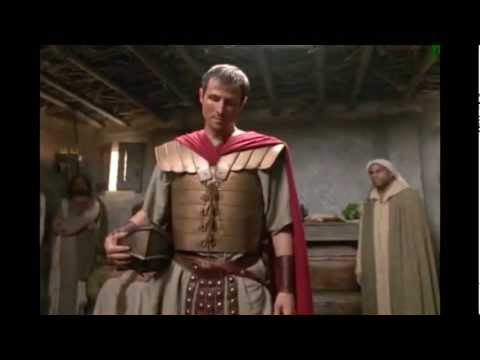 The people of Gladbury have always looked forward the Christmas when an angel comes and blesses a candle at Haddington Candlery.  The tradition of the Haddington family has always been to give the blessed candle to someone in need, since the candle has special powers to give that person what they needed.  This Christmas, with a skeptical new pastor in town and more requests than ever for the fabled Christmas Candle, the Haddingtons feel like they’re in over their head.  This only gets worse when Edward Haddington trips the night the angel blesses a candle and causes all of his candles to scramble in a mess on the floor.  Now, with no way of knowing which candle is the blessed one, Edward and his wife Bea decide to give a candle to everyone on the request list and hope for the best.  But little do they know that there is far more in store for them this Christmas than they could have ever imagined.

Echolight Studios has always put together top-notch productions, and The Christmas Candle is no exception.  The video quality is very clean and the camera work is extremely professional.  Audio quality is excellent, including an epic original soundtrack.  Sets, locations, and historical props are very realistic and appropriate.  The editing is flawless and presents the plot seamlessly.  In short, Echolight has always thrived with productions, but this is perhaps their crowning achievement.

Adapted from a beloved Max Lucado novel, this plot is far better than one might expect from a Christmas storyline involving angels touching candles.  It is extremely character based and driven by excellent dialogue.  Though there are numerous characters and subplots, they are handled extremely well and are threaded together wonderfully.  There are some excellent points raised throughout, including a balanced view of miracles versus good works.  The issue of the angel blessing the candle is actually presented in a palatable and even believable way.  The only problems to highlight here are some convenient plot coincidences and one too many silly magical elements.  Otherwise, this is a masterpiece storyline and stands as an example of how non-Biblical Christmas plots should be written.

The Christmas Candle utilizes a very professional cast, yet their ‘big names’ do not give excuse for lackluster acting.  There are virtually no acting errors here, as each member of this very well-rounded cast is coached well and delivers their lines and emotions superbly and effectively.  As a side note, each actor and actress is also cast appropriately for their characters, which is a rare feat to accomplish.  In summary, this rounds out a job well done.

With The Christmas Candle, Echolight has finally found their way home.  For years they have searched for a great plot to combine with their excellent production quality, and they have finally achieved this.  Max Lucado has also taken his career to a new level, as this film actually improves upon his original work of fiction.  It’s refreshing to know that there are quality Christmas movies in the Christian field instead of all the usual garbage that is forced upon us.  As we come around to Christmas Day, let’s just enjoy the fact that there is still hope for Christmas films.