Kathleen hates Christmas and thus likes to make her restaurant staff work all the time on the holidays.  But she likes Andrew, so she decides to help watch his Christmas-loving (and slightly obnoxious) daughter, Lucy, while he completes a business trip before the holiday.  So when Kathleen and Lucy get snowed in with a random guy who saved Kathleen from some hoodlums in a parking lot, Kathleen thinks her life is over, especially when they are forced to play board games that remind her of her parents.  Will they ever be able to make it through the day?

The good thing about this film is that is has high production quality.  Tracy Trost and her team are usually committed to this, and it shows again in A Christmas Snow.  The positive elements include good video quality and camera work, as well as adequate audio quality and an okay soundtrack.  Sets, locations, and props are fine and are mostly utilized well.  There are really no glaring errors to note here.  There are just some small issues pertaining to some choppy cuts and transitions, but this is not enough to derail the production.  On the whole, this is an applaudable effort.

Unfortunately, the same cannot be said about the plot of this film.  It is based on a stereotypical holiday-hating-character-is-forced-to-like-the-holidays-because-of-some-outside-event plot sequence.  It would be one thing if the characters were fine, since this is a character-based plot, but that is not the case here.  The main character in particular is quite obnoxious, as are some of the supporting characters.  This is mostly due to absurd dialogue and ridiculously forced comedy, such as statements like ‘chickatarian.’  There is really nothing creative about this story as it depicts a collection of random characters stuck in a house during the holidays again.  While there are some attempts to use flashbacks to build the characters, they fall flat.  The character arcs are far too steep, and the Christian message is too vague.  Unfortunately, this is a swing and a miss.

For a majority of the film, the lead actress and the child actress of this film are quite annoying, in keeping with the characters they play.  This is demonstrated through forceful emotions and stiff line delivery.  They are clearly trying too hard, while other cast members just come off as off-beat.  Needless to say, this movie will be remembered for the wrong reasons.

There was a good idea behind this movie, this much must be noted.  Trying to develop a grumpy character through establishing flashbacks can be a great way to present a nice holiday story, but A Christmas Snow does it all wrong.  Unfortunately, although the production was good in this film, it was wasted on a poorly written story and off-putting acting.  Maybe next time, Tracy Trost and her team will improve upon their past films.

After a tragedy takes their son from them, Stanley and Lisa’s marriage is on the rocks and they seemingly have no purpose in life.  As they try to sort through what’s left of their son’s possessions, Lisa is given a mysterious lamp by one of her neighbors, who tells her that it has special powers.  Though Stanley is skeptical and angry, Lisa chooses to believe that the lamp can help them.  Little do they know what is coming to them next.

For the most part, The Lamp has good funding behind it that produces a decently above average production.  All the typical elements are good, including video quality, camera work, and audio quality.  The soundtrack is also intriguing.  The editing is also fine as the story is presented well.  However, the sets and locations are fairly limited to a handful of neighborhood areas, houses, and a baseball field.  Also, the biggest nagging issue here is the use of odd special effects to ‘enhance’ the experience—yet they only end up coming off as cheesy.  Overall, this is a good enough production, but the cheesy special effects tend to put a damper on things.

Based on a novel by Jim Stovall, The Lamp is a very unique Christian storyline that, while it has an interesting point and purpose, it also has a slightly silly premise.  The plot is somewhat slow to develop, but the dialogue improves as it goes and helps to build the characters.  There is a good use of flashbacks, but they are sometimes too disorienting.  As previously mentioned, though there is a good point here, there are also too many goofy magical elements that are introduced and only downplayed later.  This makes for a confusing viewing experience.  Also, in the end, things are fixed too easily, although there is an interesting twist that many will find interesting.  Overall, many will enjoy the uniqueness of The Lamp and there’s certainly nothing wrong with it—we just feel it could have been better.

At first, the acting of this film is atrocious.  Emotions are very extreme at first and there is far too much yelling in the first half hour.  However, the acting does get better as it goes as the cast members settle into their roles better and deliver their lines more smoothly.  In the end, it becomes an above average performance.

The Lamp is a textbook average film—with good production backing, it looks good on the surface.  It’s based on a book by a popular author, so that also works in its favor.  It also has recognizable cast members.  While average is awesome in the Christian entertainment market, we want movies to take that next step into greatness.  It’s definitely difficult to do, but in the end, it’s so worth it. 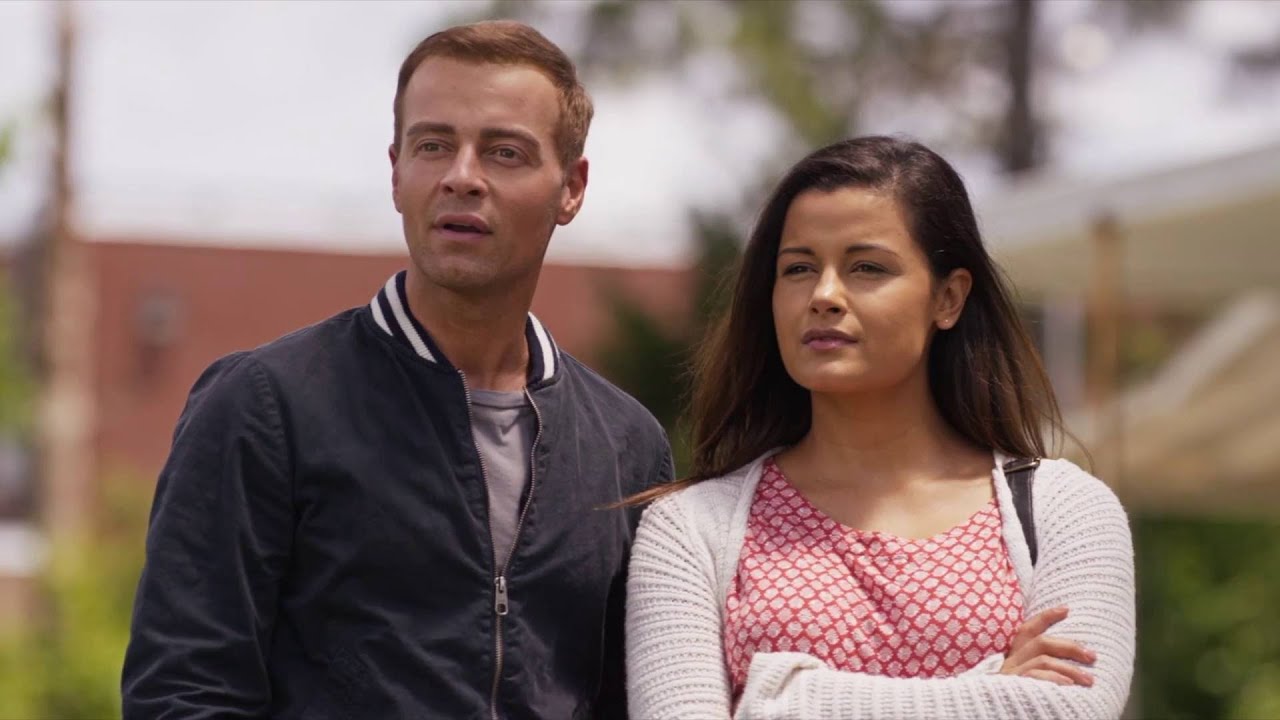