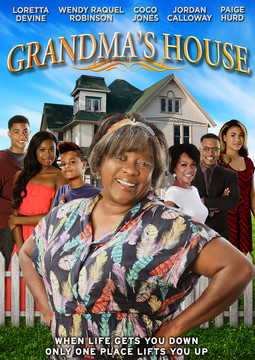 When David Newman’s son dies tragically from a texting and driving accident, the doctors come around looking for his son’s organs to harvest so they can save a dying white girl who has a budding musical career ahead of her.  David is trying to take over head pastor duties from his Scripture-reading-robot father, but the pressure is too much, especially when his wife fully embraces advocating for organ donation in the schools.  Kate Hernandez feels like she has no hope left when her daughter is thrown into jail for texting and driving, but somehow, all of these characters come together in the end in an underserved church sing-off so they can feel good about themselves again.

Despite past production snafus, Kevan Otto has found himself more financially successful in A Question of Faith due to PureFlix’s assistance.  This newfound funding has paid off, as there are very few errors in this production.  Video quality, camera work, and audio quality are all professional.  The soundtrack leaves something to be desired, but it’s not that significant.  Sets, locations, and props are all appropriate and well-constructed.  The biggest issues to point out here are some small editing issues due to the confusing plot presentation.  Yet when you compare this great production with the plot that accompanies it, it’s like daylight and dark.

Kevan Otto has not lost his unusual storylines of old, yet A Question of Faith manages to somehow be worse than WWJD, Lukewarm, Online, and Decision.  Even though it seems like on its face that this movie is going to be a ninety-minute public service announcement on the dangers of texting and driving, the plot actually has a very sick and twisted obsession with organ donation.  Don’t get me wrong—organ donation is fine if you want to do that, but trying to force the issue like this is downright strange and off-putting.  Combine that with the plastic and empty portrayal of Christians (as usual) and basically no substantial dialogue, this plot is a real doozy.  Time is wasted on meandering ideas that have no real purpose or focus except to be threaded together by that annoying guy who’s always slapping Bible verses on everyone’s problems.  Tragedies are treated very lightly and callously, thus warranting some of the characters to ask other characters if they even care, which is a valid point.  In the end, the only purpose to this film is to push public service announcements and strange causes and culminates in a ridiculously endless sermonizing concert sequences that rivals God’s Not Dead.  Needless to say, Kevan Otto still hasn’t learned anything.

A lot of these cast members are fearfully lifeless, but then again, they really don’t have much to work with in the line department.  Emotions are bland and most performances are very stock.  T. C. Stallings always posts above average performances, but everyone else seems lost and confused.  It seems like the idea here was to paste a bunch of ‘big name’ cast members into this movie and hope it stuck.  It didn’t work.

These days, all you have to do to get a large budget signed off on your film is a random cause, some recognizable cast members, and maybe a big musical number.  Don’t get us wrong—it’s extremely important to promote great causes in films—but this isn’t the way.  Even if this was a palatable cause, it’s not presented well at all.  None of these characters are able to be related to as people; they’re just pawns in an obvious money-making game.  Any opening weekend hype surrounding this film is sure to die away as Christian audiences once again quietly wonder where all the good Christian movies are.