Terrell Christian College is in trouble, but if they can assemble a choir for the Golden Voices singing competition, which they are hosting this year, they might have a chance to stay alive. That’s why Georgia, the head of the music department, enlists her granddaughter, Sidney, to help her when Georgia has a back injury. Sidney only takes the temporary job since she’s in need of some extra cash, but little does she know that this experience, along with an unexpected run-in with a local celebrity, will change her life forever.

As a whole, the production for The Golden Voices is average with some positives and some negatives. While the video quality is clear and the camera work is fine, there are one too many outside scenes that have noticeable background sounds and some that are filmed on the side of busy streets. The indoor sets are better, however, and the props are acceptable. Audio quality is a mixed bag due to some background echoes at times and a generic soundtrack that sometimes interferes with spoken lines. There are also some cheesy special effects and some unnecessary aspect ratio changes at random moments. Further, the editing is okay although it has some very quick cuts and transitions. Thus, in the end, this is a run-of-the-mill effort.

It’s clear, however, that there were a lot of honest efforts made in the writing of this plot. The dialogue therein is not all that bad and is even sometimes funny; the characters are also on the right track as they are non-typical and feel more authentic than not. Even though the narrative basically boils down to being a save-the-school-by-winning-a-singing-competition-plot, the conversations among characters are actually pretty well-constructed. Nonetheless, it’s a shame that a lot of time is spent on musical montages rather than deeper character development that could have kept this storyline from being as basic as it is. This would have also helped to soften the basically predictable ending, but as a whole, the messaging in this film is quite good, and the movie in general avoids stereotypes that come with musical productions. It would have been good, however, to see a little more effort put forth to keep this plot from being too basic.

Despite some very obviously poor makeup work, most of the cast members assume their roles quite well. Some tend to overplay their performances, but most of them come off as quite genuine, and many of them improve as the film progress. Throughout the movie, emotions are believable, and this collective effort is enough to warrant an above-average score.

Over the years, Poorchild Films has tried several different ideas (Hiding in Plain Sight, Steps of Faith, A Man Called Jon), but The Golden Voices seems like their most honest creation yet. They keep trying and are getting closer to the mark with each effort. However, most of the time, collaboration is the only way forward, so it may be time for this creative team to reach out and work with someone else both for financial and productive reasons. When this begins happening on a more regular basis on Christian entertainment, we will finally be putting the older days behind us.

After Pastor Dave is released from prison for not turning over his sermon notes to the local government, he is immediately hit with a new persecution angle.  His father’s church, which he has pastored for years, sits on the property of a public university, so protests build on campus based on an argument that questions the necessity of the church being on public property.  Dave begins to feel pressure from the university leadership, but things hit a breaking point when the church appears to be attacked and when his close friend Jude is killed in the attack.  Dave decides to reach out to his long-lost brother for legal help as chaos reigns around him.  Will he ever be able to live in peace?

With the third installment and possible end to the God’s Not Dead trilogy, they have not backed off on their recently attained practice of high-quality productions.  On most production fronts, A Light in Darkness is a very professional production, including video quality, camera work, and audio quality.  The soundtrack is even better than the previous two installments as it is mostly void of the title track and thankfully leaves us without another Newsboys concert to wrap things up.  Sets, locations, and props are also very well-utilized and well-constructed.  The only two caveats in this production are the presence of some cheesy special effects and the somewhat sloppy editing job, but on the whole, God’s Not Dead 3 is top-notch production work.

In a shocking turn of events, after making us muddle through that horrible second film, the third of the trilogy has one of the best plots.  The first film’s plot had good elements due to its many fractured subplots, but A Light in Darkness has the best central and focused idea of them all.  Though it takes forever to get to the point and though there are plenty of persecution-complex pitfalls along the way, the ending of this film is very significant because it takes the franchise in a totally different direction than the other ones were going in.  Unfortunately, there are still plenty of issues with this storyline, including a lack of adequate character development due to poorly-constructed dialogue and a sloppy story construction that tends to jump from one thing to the next and include too many issues.  However, someone got ahold of the plot and decided to insert some truth about why young people don’t like the church, which was a breath of fresh air, however brief it may have been.  As a whole, this story was a good idea in the end, but it was probably too little too late.

In spite of the usual awkwardness of David A. R. White as a ‘serious’ lead, other cast members are more natural and believable in their roles, even John Corbett.  Benjamin Onyango was hardly ever afforded a fair opportunity to show his full potential in this trilogy, but his parts are still great.  The reality is that there are actually few acting errors in this film; even the emotional performances are mostly believable.  As a whole, PureFlix has made a lot of strides over the past few years, so if they will just direct their resources in a more responsible direction, who knows what good could be done.

The unfortunate part is that PureFlix managed to isolate everybody throughout the course of the GND franchise.  The first film was a big hit because it filled a void in the market and was basically at the right place at the right time.  It had good qualities, such as better production than usual, but it was still mostly standard and pedestrian.  The second GND film was nothing short of a total trainwreck, and this where the trilogy lost its reasonable audience.  However, A Light in Darkness isolated anyone faithful who were left by taking the narrative in a different and non-persecutory direction.  In short, it pays to know who your audience is, but it also pays to strive for high-quality Christian films that aren’t based entirely on pandering to a specific base.  PureFlix has the resources to truly blow open the Christian industry if they really want to, but will they seize the opportunity before it’s too late? 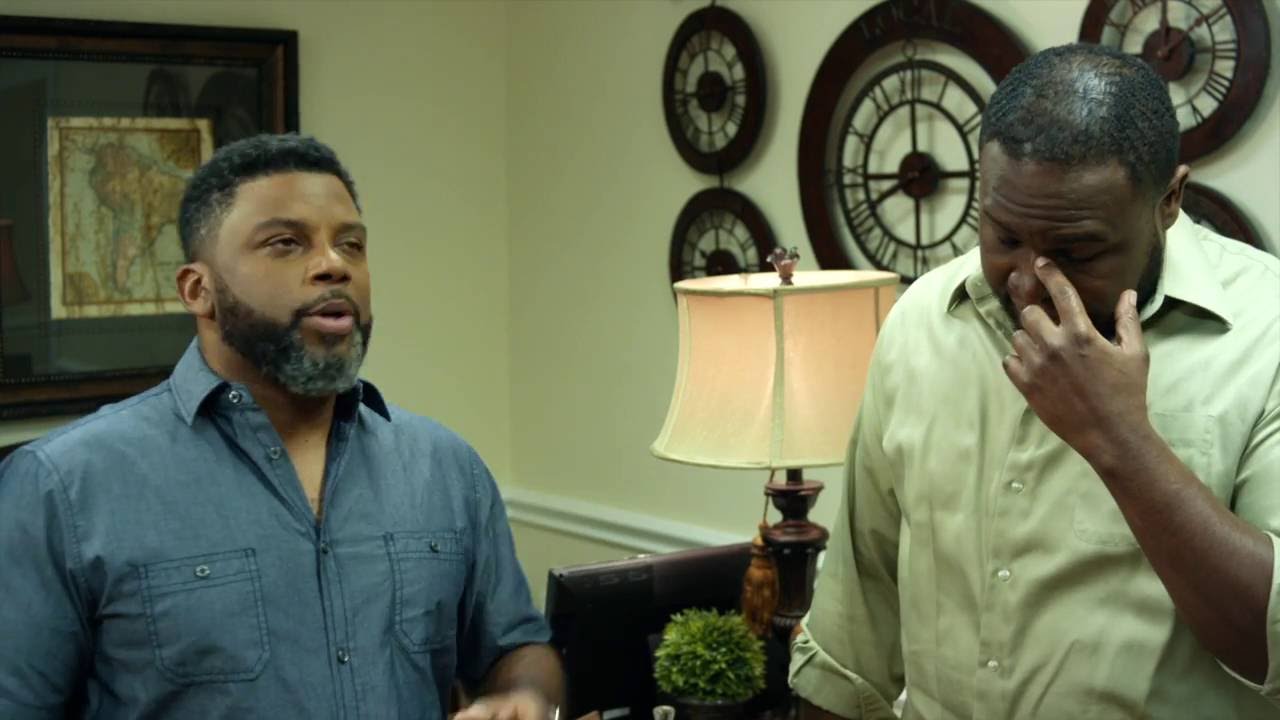