Joseph never chose to be the earthly stepfather of the Messiah, but by the prompting of the Holy Spirit, he accepted his role to take care of Mary and the Christ Child for as long as God wanted him to. Joseph was there before, during, and after the birth of Jesus, so he had a unique perspective on Yahweh’s plan to save humanity from sin.

Like many other Lux Vide\Trinity Broadcasting Network biblical presentations, the production of Joseph, Close to Jesus is typically fine. It has authentic sets, locations, and props, along with good video quality and audio quality. As a whole, it seems realistic even though the action scenes sometimes employ wild camera work and though some shots are unnecessarily close. The soundtrack is a bit generic and dramatic at times, but most aspects of this production are acceptable. The editing sometimes leaves something to be desired due to some lagging scenes and quick cuts, but on the whole, this is at least an average effort.

From start to finish, Joseph of Nazareth adopts a very quick and forceful plot progression as the story is forced forward at a breakneck pace that doesn’t let things naturally develop or allow time for characters to be deepened. Besides this poorly constructed premise, Joseph comes off as a basically perfect and all-knowing character even though he appears a bit crazed at times. In focusing on his inaccessible qualities, some key biblical scenes are brushed over or portrayed in extremely vague ways, which confuses the audience. Other scenes are very muted and blank, and dialogue in general leaves much to be desired. Elsewhere, there are a handful of fantastical and ethereal elements that cause spiritual themes to be painted either in a magical light or as untouchable. In summary, the combination of the speedy storyline and the general oddness of some of the characters and plot points prevents this section from having any points.

While some cast members appear to be culturally authentic, many of them, especially the lead ones, are not and obviously belong to cultures other than those who lived in first century Judea. Moreover, while the costuming of all characters is fine, the acting is extremely theatrical and dramatic. It feels like many of them are putting on a play rather than trying to become the characters, which further gives this film an air of elitism and other-worldliness. Further, emotions are inadequately depicted, and some lines are very forced, which rounds out a disappointing effort.

Joseph, Close to Jesus had a lot going for it since it promised to provide a unique perspective on the Nativity and on Jesus’ early years. However, it committed many unforced errors and was more devoted to making the Bible seem like a Shakespearean experience rather than a Spirit-inspired historical account that still has profound application for us today. Unfortunately, this was the case for most Scriptural entertainment prior to The Passion of the Christ. Thankfully, in recent years, God has provided the market with better options for accessible biblical depictions of the First Christmas on both the big screen (The Nativity Story) and the small screen (The Chosen). These offerings are much more interesting for your family to enjoy this holiday season. 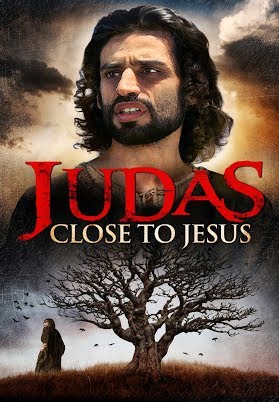