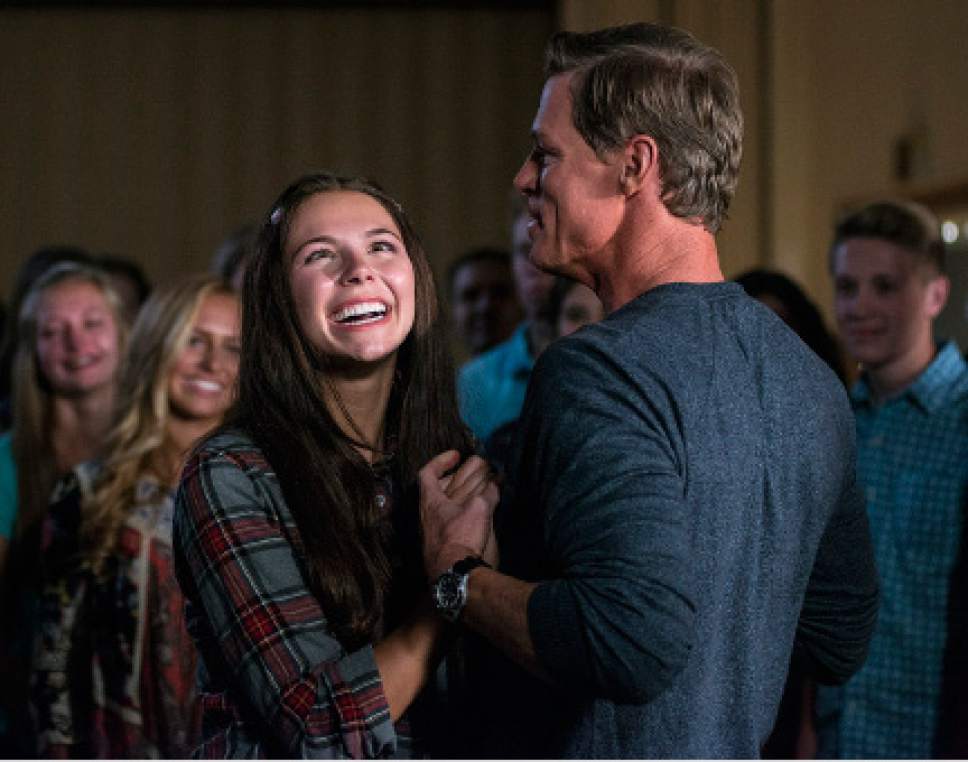 Jason Hansen has a seemingly perfect family life, but tragedy strikes when his oldest teenage daughter Kennedy is diagnosed with terminal juvenile Batten disease.  As their family grapples with this new reality, they soon find that there is hope even in the hurt and that God does have a plan for Kennedy even if her life will be shorter than usual.  Together, they find that God’s plans are always greater than people’s plans.

T. C. Christensen has always had a commitment to professional productions, and Love, Kennedy demonstrates this commitment by having good video quality, above-average camera work, and fine audio quality.  However, there are one too many musical montages as a lot of the film is saturated with music.  Sets, locations, and props are realistic and appropriate, however.  The main thing that keeps this production from being all that it could be is the choppy editing that contributes to an awkward story-telling style, but for the most part, this production is above average and professional.

Though it’s basically obvious the T. C. Christensen pushes Mormon messages in his films, at least he tends to craft films about real life stories and events.  Regardless, the true story of Love, Kennedy is unfortunately stifled by unnecessary heavy-handed narration, which also stunts character development.  Since these characters are based on real people, we need a chance to get to know the characters better, but this chance does not materialize.  Unfortunately, this makes the slight Mormon message-pushing more noticeable since the dialogue is rushed and empty.  It seems like the characters get swept along in the predictable plot progression without any choice of their own.  Elsewhere, Christensen includes his typical magical elements that are a bit much.  As a whole, Love, Kennedy is a nice try but not quite good enough.

Overall, the acting of this film is mostly fine with no obvious glaring errors.  However, the acting is not dynamic either, and there are a handful of minor issues that add up over the course of the film, such as some half-hearted performances and some odd portrayals of cast members.  Moreover, as a whole, this section is mostly above average and is better than a lot of films on par with it.

Christensen and his team outpace many other Christian groups in film making when they make clear efforts to build professional productions and to coach above-average acting performances.  The Mormon message-pushing may be off-putting and not much better than other Christian message-pushing (see: Christiano Brothers), but at least it’s packaged in a semi-acceptable way.  Nevertheless, this still isn’t good enough to get past the halfway mark, so maybe it will be better luck next time for the Excel Entertainment team.