The Grove family has had their share of heartache over the past few years, but family friend Jordan Bishop has always been a constant support for them. However, the dynamics begin to shift when Jordan and Lee begin to develop a relationship after the grief seems to settle. Many discourage them from getting involved, and the small town seemingly works against their being together. Together, they experience unexpected prejudice and bias while discovering that they had more hiding below the surface than they previously realized.

As a 2019 film, The World We Make is the type of respectable production we should be seeing time and again. There are very few flaws to point out here save for the slightly awkward editing near the end of the film (likely due to large story scope). Camera work, video quality, and audio quality are all basically flawless even though most scenes are filmed outdoors. The sets, locations, and props are extremely authentic and well-utilized; on-location shooting is definitely a big plus. Although the soundtrack could be a bit more than it is, this is a very high-level effort for a partially low-budget film, which goes to show what a little experience and proper collaboration can do for a movie.

Brian Baugh has always been committed to developing raw and real storylines based on accessible characters (I’m Not Ashamed). While The World We Make is one of his calmer tales, it’s nonetheless refreshing and believable. While the scope of this story may be a bit narrow, it’s nonetheless true-to-life and demonstrates great understanding of real people. The central romance is deeper than what we usually see in these types of films because it feels more believable and everyday. There are some very important themes explored, including grief avoidance, small town prejudice, and racial ostracizing. Characters make realistic decisions based on personality and motive rather than on plot necessity, and the storyline has a few slightly unexpected turns. As a whole, this is a very enjoyable plot to witness, and while it could have been a bit better since the ending is fairly rushed and somewhat cutoff, it’s still great as it is, which is enough to push this film over the top and onto the Hall of Fame.

There are virtually no flaws in the acting department. Caleb Castille owns another starring role, and Kevin Sizemore adapts a unique character that suits him. Gunnar Sizemore is a supporting role, but he could be a new rising star. Further, Gregory Alan Williams demonstrates a much more effective role than he’s played in the past. Overall, there is clear acting coaching present here as emotions and lines are authentically delivered, which rounds out a very commendable effort.

Although The World We Make could have been a bit more dynamic than this, it mostly reaches its fullest potential as a film. There are a few nitpicks, but in the grand scheme of things, Brian Baugh is continually setting himself apart as a master of characters, which seems to give him a better proclivity for series writing rather than movie writing. Indeed, not counting this year, we’ve had a longstanding drought in Christian series, so with new opportunities coming available (VidAngel), we may be poised to seeing a breakout in creators like Baugh directing their talents toward series rather than only films. Regardless of what happens, The World We Make is another good addition to the Hall of Fame and is one you’ll definitely want to make time for. 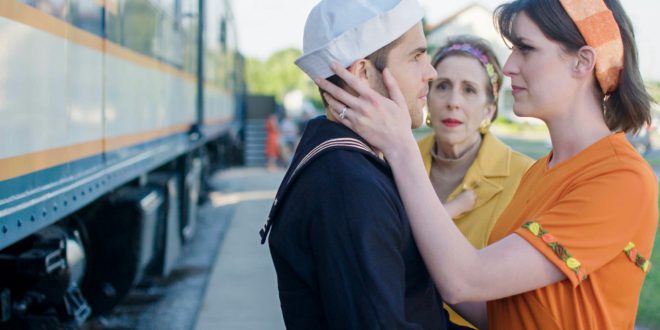