Elizabeth Jordan, on the surface, has an ideal life—a good job, an expensive house, a husband with a high salary, and a nice daughter.  However, something isn’t right, something is just missing.  She can’t really seem to get along with her husband anymore, he seems distant and preoccupied with other women, and she barely knows her daughter anymore.  Everything changes for Elizabeth when she meets her new realty client, Miss Clara.  Miss Clara subtlety pricks into Elizabeth’s personal life just enough to make Elizabeth interested in finding out what Miss Clara’s secret to happiness is.  After talking long enough, Elizabeth discovers that her life is not alright and that Miss Clara’s secret weapon is worth a try.  The secret weapon?  A war room, or a prayer closet.  Miss Clara teaches Elizabeth to fight for herself and for her family on her knees so that God can fight for her rather than her fighting for herself.  Little did they know that the battle had only begun.

In the same vein as Courageous, the production quality of War Room is high.  Despite this being the first Kendrick movie away from Sherwood Baptist Church, nothing in the area of production quality changed between Courageous and War Room.  While there are no real action scenes in War Room, the diversity of sets is still present.  The soundtrack fits into the film neatly.  The editing and the production give the movie a close to home feel, which seems to be what the creators were going for.  In short, this is business as usual for the Kendricks.

The plot of War Room follows a typical non-linear Kendrick plot with minor twists and turns—one that defies conventional plot structure.  In the beginning, the plot depicts realistic struggles of accessible characters paired with a clear Christian message, which is a hallmark of the Kendrick brand.  Dialogue is mostly effective in building character motive and driving character arcs, and the message is obviously a powerful one, but there is a point where the storyline of this film overstays its welcome through multiple moments that seem like the end and through stop-and-start sequences that lag on a bit too long with the purpose of driving home how the characters have become seemingly perfect.  Thus, while there is plenty of good in this plot and while there is no doubt of the film’s success, we needed a bit more realism in the arcs of the characters.  However, the message of War Room is still worthwhile.

In the first movie away from the Sherwood acting pool, there are no concerns here.  The actors behave just as all actors do under the tutelage of a Kendrick movie crew.  The delivery of lines is solid and the emotions are believable.  This type of movie is heavily dependent on the acting quality, and they did not disappoint.  A continued under-appreciated aspect of Kendrick films is their commitment to diversity of casting.  This is huge, since Christian movies should be better than mainstream movies.

The Kendricks have a brand, and they are sticking with it.  War Room feels like a redux of Fireproof with better cast members and a less textbook message, but the up-and-down career of the Kendricks continues in this rendition.  They know their audience, they have the marketing skills down, and they have the name recognition to basically do whatever they want from here on out and still have box office success.  War Room takes another spot on the Hall of Fame, but we have to wonder if the Kendricks will branch out in their post-Sherwood career or if they will continue to churn out more high-quality but safe films.  We are banking on the latter, but we will be looking for them to do something more creative in their next film. 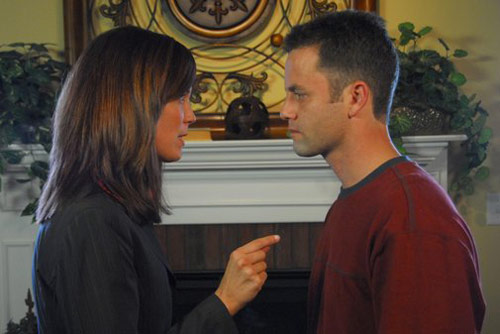