What Ray cares about most in the world is being a successful camera operator for a traveling national media crew. However, this demanding profession frequently keeps him away from his wife and daughter, who desperately want to be close to him. Nonetheless, Ray pushes forward for career success until a Haitian earthquake traps him underneath rubble and forces him to reexamine everything he holds dear.

From start to finish, Eyes to See is a very professional production, which is evidenced by good camera work and video quality. The authentic sets, locations, and props are well-utilized and make for a very gritty, realistic setting. Audio quality and soundtrack are also great, and it should be noted that it was very ambitious to take on a difficult natural-disaster-style production idea like this one. As such, the earthquake sequences are mostly accurate. The only minor concerns to point out in this section pertain to some unnecessarily soft lighting within some of the flashbacks and some slightly choppy editing in the film’s second half. However, there’s plenty of positive in this production, which earns it a high score.

Eyes to See sports a very strong message about the stark contrast between actually helping people in need during a natural disaster and just looking for media entertainment. This is accomplished through believable characters, which are built with accessible dialogue that establishes character personality as well as a very effective use of flashbacks that reveals character motive. Through these excellent narrative tools, recurring themes and thought-provoking conversations are presented to the audience that offer a brave and honest look at how Americans can easily mistreat those struggling in developing countries. Although it was great to efficiently use time and money with a short film rather than a long one, this is a rare instance where we wish a movie was longer than it was, especially since hearing more from the Haitian characters in this narrative would be have been good to balance out the American characters that tend to dominate the screen time. Also, the plot’s ending is a bit rushed, which leads this section to the rating that it gets, but it’s still an enjoyable experience.

This screenplay’s strongest aspect is its highly professional acting performances, which sport realistic emotions and on-point line delivery. Costuming and disaster makeup are also positive points to note. Further, the culturally accurate casting is very refreshing and essential. In this, this section rounds out an effort that does just enough to achieve Hall of Fame status.

Normally, we would like to see many films that are over ninety minutes long to be shorter, but Eyes to See is an outlier instance since we would have rather seen more than half an hour of content. As previously mentioned, extending the runtime could have been done by giving more focus to the experiences of the local characters instead of focusing so heavily on the Americans, but as it is, this brief narrative is enough to warrant a position on the Hall of Fame. It’s a prime example of how good a small creation can be as well as something adequate can be even better. Hopefully, future entertainment makers can take cues from this example, and perhaps, we’ll see even better things from this creative team in the future. 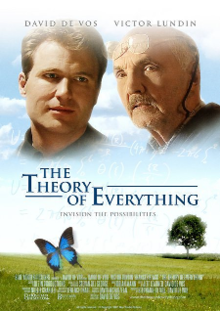