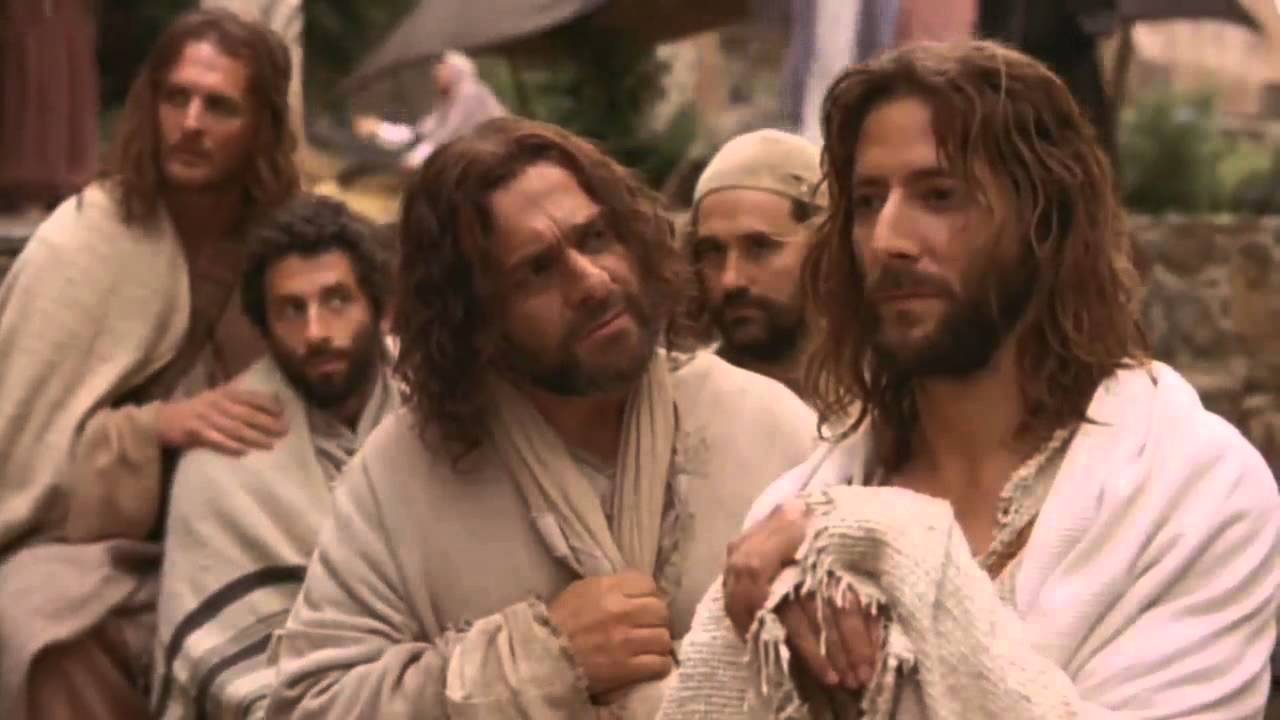 The Apostle John wrote his Gospel to show that Jesus came to change the world, but He was also a man Who could relate to each person He came into contact with.  He performed miracles unlike the world has ever seen and changed many lives, all in route to laying down his life as a sacrifice for the sins of the world.  The religious leaders nearly always opposed Jesus’ work, but His work is still alive and well today.

The Gospel of John follows in the footsteps of the other Visual Bible films by having a high-quality production, but it’s possible that John is the best production of the group.  This is evident through great video quality, camera work, and audio quality, including a culturally authentic soundtrack.  Sets, locations, and props are excellent in demonstrating authenticity and realism.  The only minor issues therein pertain to some odd and sometimes cheap special effects, such black and white flashbacks and unnecessary ‘flashy’ elements.  However, this aside, this is a top-notch production.

Where the production succeeded, unfortunately, the plot did not.  Where other portrayals of Jesus in The Visual Bible saga are fair and interesting, the portrayal of Jesus in this version of The Gospel of John is not very inviting.  Instead, the Jesus in this film is a throwback to the 70s and 80s ‘zen’ portrayals of Christ.  Sometimes, he comes off as lofty and even a bit crazy at times.  Other characters come off as too dramatic, and some sequences are too sensational.  Like the other Visual Bible films, John has narration by design, which does not give us many good opportunities to get to know the characters very well.  However, there are a handful of positive elements here that keep this section from being zero, such as the opportunity to see some less-focused on portions of the gospel.

While other Visual Bible casts tried to include more culturally authentic cast members and less British ones, John does not always succeed on this front.  There are too many obviously non-authentic cast members, besides the fact that there are a lot of dramatic and theatrical performances.  In situations like this, where narration is built-in, acting is very important since there are limited opportunities for lines.  However, though there are some moments of overplaying, there are plenty of good sequences throughout this film that are enough to make this section average.

While The Visual Bible projects are commendable and ambitious, John does not seem like as helpful of a resource as the others, especially since it tends to take a turn for the dramatic and sensational.  Portrayals of Jesus are hard to pull off, but there’s no need to make them more difficult with ethereal loftiness.  Still, there are plenty of good parts to The Gospel of John, and many audiences will enjoy it.

Jeremiah grew up in the reign of Josiah, the last golden era for Judah as a nation.  As a young boy, God called him to be a prophet; however, he did not always accept this call.  As he grew, he knew he was destined to be a Levitical priest, but God gave him a message to tell the people that no one wanted to hear.  Jeremiah was persecuted for what he had to share and suffered terribly as Jerusalem’s days were numbered by the Babylonian siege.  Yet through it all, God was with him as he carried out the Word of the Lord.

For a late 1990s production, Jeremiah has plenty of good elements.  Affirm Films’ older Bible movies were certainly not perfect, but they definitely showed good effort.  The biggest plus to this production pertains to the excellent sets, locations, and props, which all demonstrate historical authenticity and great attention to detail.  Video quality and audio quality are also what they should be, including an effective soundtrack.  However, there are some drawbacks to point out, such as weird lighting in some scenes for dramatic effect, quick and rapid time jumps, fast cuts and transitions.  Thus, this production is overall average, but this is very good considering the time period.

Like too many other Bible movies like it, such as Affirm’s rendition of Esther, Jeremiah tends to portray Biblical characters in a too lofty fashion through the use of odd and cumbersome dialogue styles.  It would be nice if Biblical characters were not so inaccessible and theater-like.  But nevertheless, this is an interesting and noteworthy portrayal of a different Biblical account that often goes unnoticed.  It’s refreshing to see a different story, but at the same time, it is frustrating to watch because it had such potential that was wasted.

Much like the cumbersome dialogue, too often in this film, the cast members use weird, archaic annunciation, like this is a 1970s or older Bible film.  In a similar vein, a lot of the acting is too dramatic and theatrical at times, and too much of the line delivery is breathy.  While some cast members are culturally authentic, others are not, including several British people.  Yet there are plenty of good moments here and some cast members tend to improve throughout.  In the end, this rounds out a nearly average film.

It would be great to see this idea remade because it is a very interesting story that deserves to be portrayed.  Yet this movie can also serve as an example of how not to portray Biblical characters.  Audiences want to see people they can relate to, not lofty characters in a play.  The Bible needs to be brought to life in authentic and even gritty ways because it’s real life and deserves to be portrayed that way.