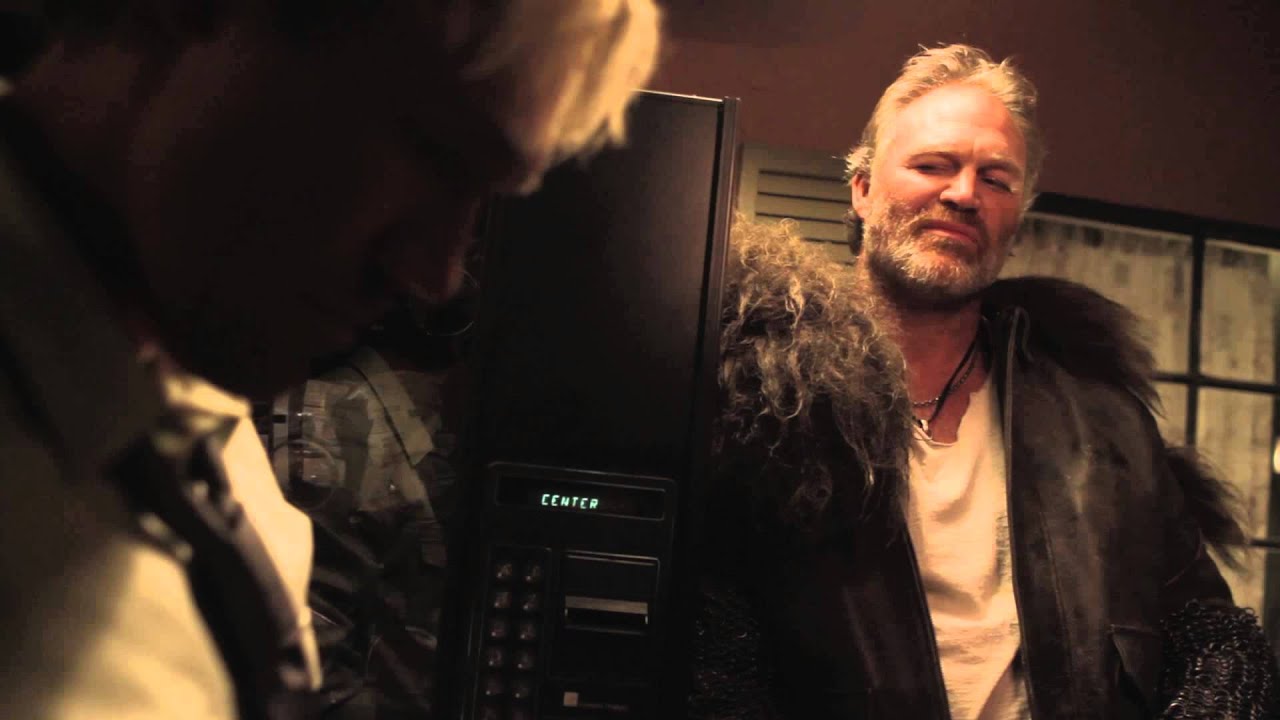 Josh McManus is a confused man.  As a traveling self-defense product salesman, he is used to meeting new people on a daily basis, but he is not comfortable with the secret man inside of him.  While travelling across the western America desert, strange things start to happen.  Pursued by mysterious biker villains and plagued by weather anomalies and electrical failures, he is finally forced to face off with his pursuers.  Hawg is a troubled biker gang leader with an agenda to take over random small towns in the western United States.  His disgruntled mentality tends to cause discontent in his gang, but they ride on, bent on destroying the mysterious Josh McManus.  All of the characters involved must not only come to grips with who they are, but with the strangely changing world around them.

Where to begin?  Let’s start with the positive.  The only reason this film’s production is not zero points is because there is at least clear video quality.  Otherwise, there is nothing good to discuss.  The camera work is obnoxious, with random dizzying cuts and zooms for faux-dramatic effect.  To ‘enhance’ action sequences, the camera jerks all around, getting weirdly close to important characters.  While we’re on the topic of action scenes, they are either very poorly executed or far too long, eating up huge chunks of the movie’s runtime.  Watching a David A. R. White action scene is usually dizzying, and Revelation Road is no exception.  Speaking of dizzying, the sheer overuse of special effects in this movie makes us wonder if it’s safe for epileptic viewers to watch.  Topping things of, the soundtrack is deplorable.  Therefore, as you can see, this is another horrific Pureflix production.

With this movie packed so chock full with useless action sequences that add nothing to its overall purpose, whatever that is, actual plot depth is squeezed out of the picture.  The intended plot can be summed up in a nutshell: random guy drives to a random desert town to sell self-defense gear (does anybody really do that?) and gets caught in the middle of a store holdup, uses secret military training to defeat mindless biker villains, hangs out with the store owner and his family, observe strange weather anomalies with eccentric local policemen, calls his worried wife about stuff, plays vigilante with local deadbeats, and observes a strange ‘rapture’ from a local motel.  Elsewhere, we are shown the life and times of a bizarre desert biker gang led by a grunting leader and his sidekick, plus Andrea Logan White in a makeup disaster.  No character development occurs as the ‘plot’ jumps from one explosion and gunfight to the next.  Dialogue has a typical cheesy, off-the-wall Pureflix feel.  We are unsure what is trying to be communicated here except for another offbeat Christian apocalyptic concept.  This movie might as well be a commercial for the next one, as it delays the viewers any real substance for over ninety wasted minutes.  Finally, the ending is extremely confusing and isolating.  In short, Revelation Road is the story of the White action films: toss out convention and common sense and exchange it for cheaply constructed action sequences.

What more is there to say that hasn’t already been said?  With the same old Pureflix actors and actresses recycled in the Revelation Road saga, their acting skills do not improve.  When a collection of cast members is kept in such a bubble, there is no reason for them to improve when there is no constructive criticism or filter.  Through this film, emotions are forced and unbelievable.  Action scenes are sloppily acted and line delivery is lazy.  Unfortunately, there is nothing unique or surprising from this cast.

We promise we are really not out on some kind of Pureflix warpath, but when a company so consistently generates such low quality and bizarre content in the name of Christianity, they must be called out.  Revelation Road may be the pinnacle of the Whites’ action movie career.  It involves every possible element of a C-grade action flick.  With creations like this, only two conclusions can be determined: either Pureflix does not know how to make a good movie or they do not care to make a good movie.  Apocalyptic movies are usually bad enough, but this motorcycle madness takes things to a whole new level.  The end result is just another ridiculous Pureflix creation.