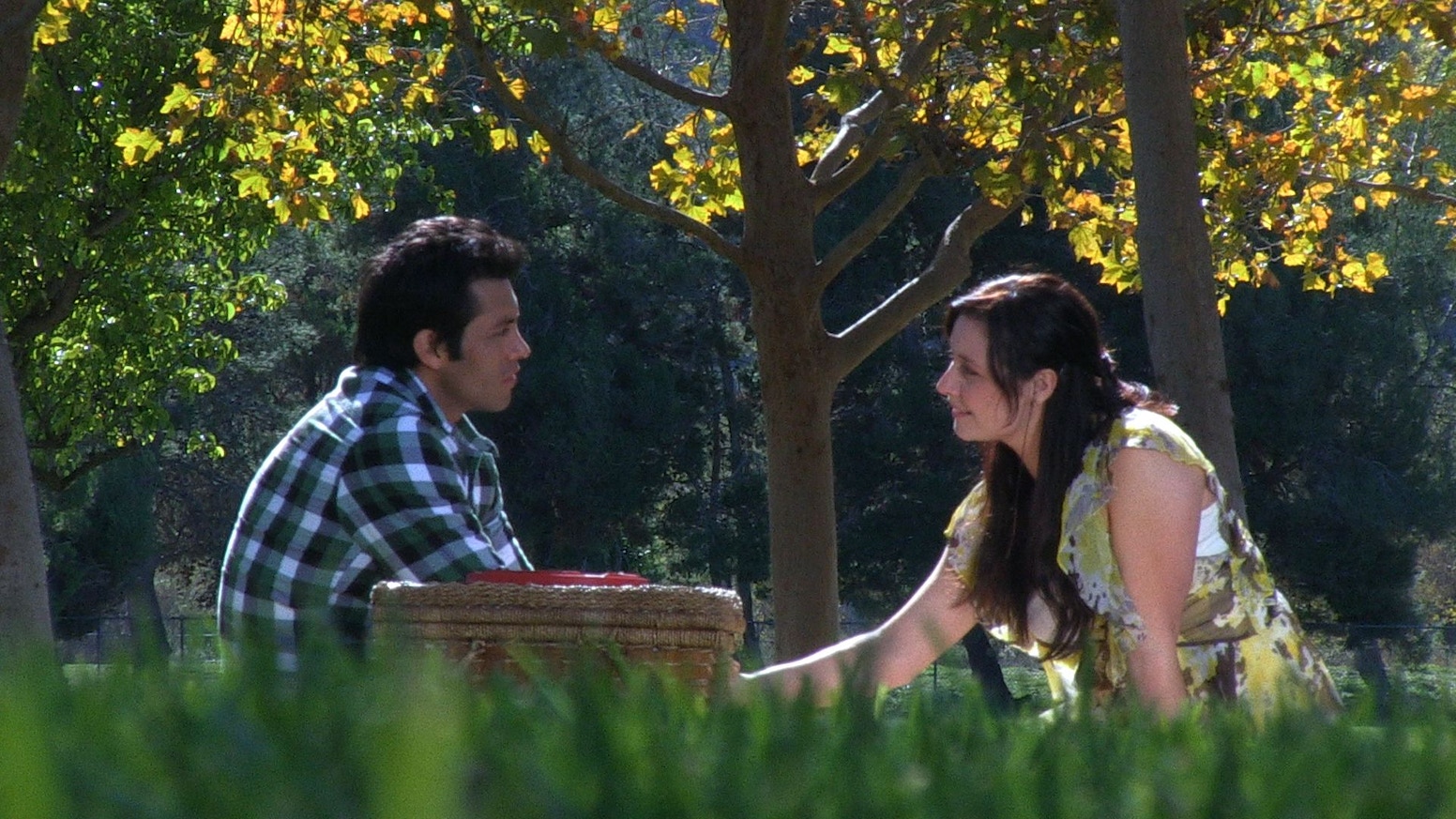 Alex Montoya has backslidden from his Christian faith, and now he finds himself under the weight of financial debt.  Desperate for money, he agrees to help his friend scam church members for money using a false charity front.  However, a kind man named Jacob soon sees through their scheme, yet wants to offer Alex a second chance.  Will Alex turn away from his double life and back to the faith he was raised in?

Though the video quality of this production is okay, it is really the only good element to it.  Camera work is fairly shaky and audio quality is relatively poor.  The soundtrack is loud and amateurish.  Sets and locations are mostly limited and need a little bit more work done on them.  Furthermore, the editing leaves something to be desired as there are too many montages and extended flat scenes.  Overall, there just seems like there’s a lot of corners being cut in this production, which is unacceptable in a film this new.

Redemption of the Heart follows a very predictable and stereotypical plot line.  Things happen because the pre-determined plot mold determined that they needed to happen; thus, the characters are swept along in inevitability.  Yet sometimes the premise is too vague, making it hard for the audience to understand what is happening some of the time.  There is a lot of off screen content mentioned, along with a lot of confusing dialogue that creates cardboard characters.  There is an attempt at a plot twist at the end, but it is introduced so late that it only leaves the viewers scratching their heads.  In the end, this story is so formulaic that it is unlikely to be easily remembered.

Unfortunately, many of these cast members look very fake and unnatural.  A majority of the line delivery is very stilted and awkward, with some of the lines being very indiscernible.  Any emotions seem very forced and empty.  Alas, this section rounds out another disappointing effort.

Redemption of the Heart is one of those films that will be forgotten shortly after it is watched.  It is a prime example of why it’s never a good idea to slap together a project just for the sake of releasing another Christian film.  The market doesn’t need to be flooded with more and more half-hearted attempts at Christian movies.  We say this all the time, but it still remains true: taking your time on a movie to make it quality, making sure you have the proper funding, writing a complex plot with good characters, and coaching your cast members well always, always, always pays off in the end.