Finley Sinclair didn’t pass the audition to be accepted into the music school that she’s always dreamed of attending. Thus, Finley decides to take a semester of school abroad, heading to Ireland where her brother spent some of his final days on earth. Along the way, Finley gets tied up with a famous movie star who’s tired of his fake life. Will they be able to discover what they are looking for?

Per usual for Brian Baugh, the production of Finding You is very professional. This includes good video quality, camera work, and audio quality. The soundtrack is engaging, and sets, locations, and props are up to industry standards. The only drawback to this section is the significantly choppy editing that detracts from the viewing experience. Nonetheless, this section still receives an above-average rating.

With a reliable track record, it’s evident that Brian Baugh will likely never produce a bad film due to his commitment to strong characters. Finding You is no exception to this rule, even if the characters in this narrative outshine the meandering plot. Despite strong dialogue and character development, the characters are tossed along by silly coincidences and somewhat lazy storytelling. Voice and expository conversations are used to fill gaps in the narrative as several disconnected subplots are crammed into the same movie. The writers needed to pick a lane and decide what this screenplay is actually about: a simple love story with some creative riffs and satirical treatment of cheesy films or an exploration of a mysterious elderly woman’s past. By trying to two both things at once, the story became very muddled, lacking clear purpose and focus, which led to a rushed conclusion. Nonetheless, the characters are strong enough to keep this aspect of the movie above par.

As a whole, the cast members in Finding You are mostly acceptable in their roles. Rose Reid was in her comfort zone, by Jedidiah Goodacre seemed to lack range, posting some moments of unsure emotions. At times, line delivery from various actors and actresses was a bit off, but all performances were overall good enough to justify a score just above the middle line.

It’s encouraging that Brian Baugh is applying his directorial talents to novels, which is an absolute necessity as the Christian entertainment field is undergoing a major transition. However, the book that was chosen for this screenplay adaptation did not have a very sizeable audience. Baugh certainly has more potential than is seen in Finding You, so hopefully, in the near future, he’ll be afforded the chance to adapt a better novel.

After the Rapture, the inevitable one world government materialized and began rounding up the Christians when they wouldn’t take the mark of the beast.  Thus, Christians began to form groups in secret to protect each other from the new one world order.  Former FBI agent Adam Riley, now a resistor, escapes from captivity and sets out to find the truth about the Christians in hiding.  His former partner Charles Baker is also called back to serve the one world order and to search for the elusive Jacob Krause.  As their paths cross once again, choices will be made that will affect them forever.

The Awakening is a slight improvement from the first Moment After installment.  Camera work is the most marked improvement, as action scenes are shot better.  Sets and locations are also improved to give the film a bit more of a realistic feel.  Audio quality is fine, but video quality is slightly inconsistent.  Some scenes are not lit as well as others.  The soundtrack is just average.  However, the editing has its positive elements as the story seems to unfold.  In the end, this is an average production, but something is still missing.

The Awakening has strong comparisons to Revelation Road and could be considered its predecessor.  As such, there are some intriguing elements in The Awakening, but it’s still not a very dynamic story.  Slightly more effort was put into the complexity of this installment than in the first one, and there is an interesting twist near the end, but there isn’t really much else good to say here.  The characters are still empty and the plot is filled with too many boring and meandering conversations.  The villains are quite cheesy and the apocalyptic elements are, as usual, manufactured.  Also, this film is inevitably continued into nothing, like many apocalyptic efforts after it, thus making the overall story very empty and pointless.

This acting performance is much the same as the first installment, just with an extra dose of Andrea Logan White in all her usual stiffness.  David A. R. White and Kevin Downes are also their usual selves with random outbursts and fake action-guy demeanors.  Brad Heller surprisingly remains sane throughout the film.  Overall, this is just another below-average performance.

Why start a series you never intend to finish?  This incident was not isolated to The Moment After series; the Whites and company repeated this again with Jerusalem Countdown, In the Blink of an Eye, and possibly The Mark series as well.  The fate of Revelation Road is still unknown, but the bottom line is that if you keep starting and never finishing the same apocalyptic plots over and over again, there’s a problem.  Rather than constantly flooding the market with half-ideas, how about finishing what you start and actually delivering something original for a change? 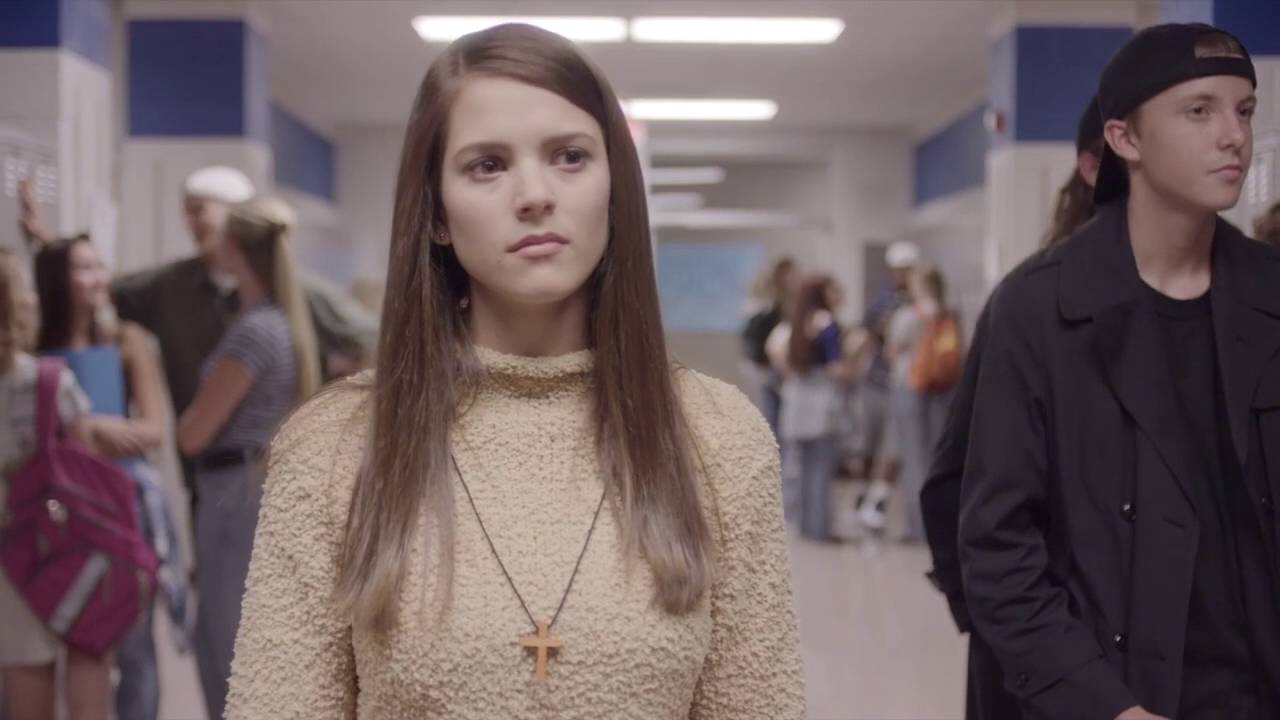 Rachel Joy Scott was an artistic free spirit who longed to change the world.  When her father left the family when she was young, it left her confused and searching for affirmation in her friends.  However, after a spiritual experience one summer while staying with her cousins, Rachel knew she would never be the same again.  But she still struggled with trying to hang out with her old friends, who always tempted her to be like them.  As Rachel tried to discover her true identity, she still felt like she needed to change the world.  In the end, as tragedy hit Columbine High School, she did change the world, and touched many lives in the process.

This is obviously a talented and dedicated production team, as they went all out to make this movie as realistic as possible.  They stayed true to authenticity with the sets, locations, and props, demonstrating that this was not created lightly.  Video quality, audio quality, and camera work are obviously flawless.  The soundtrack is effective and thought-provoking.  The only detracting factor in this movie is a slight editing issue that is mostly due to having too much content to deal with.  But otherwise, this is a high quality production that shows both the commitment and the skill of those involved.

We say this all the time—it’s almost always better to portray a real life story in a movie.  With guidance of real events and people, the Rachel Joy Scott story has been thoroughly and effectively brought to life in I’m Not Ashamed.  The characters are highly accessible and relatable, as are the circumstances they experience.  Rachel is a real person with real struggles and real problems, as are the other characters.  The dialogue is excellent and builds strong personalities for the characters.  The only caveat to raise here is the fact that since such a large story was taken on, some parts seem rushed through, but nothing bad enough to ruin this story’s overall point.  The message that is communicated through this plot comes across very well and challenges Christians to live out their faith without compromising.  This is a job well done.

Movies can be made or broken by their casting, but I’m Not Ashamed does not disappoint.  Each cast member fits their character exquisitely.  This is arguably Ben Davies’ best performance to date.  All emotions are realistic and lines are delivered effectively.  Costuming is realistic.  There are no errors here.

It might have been tempting for someone with less than pure intentions to portray Rachel Joy Scott as a perfect saint, but this was not done by this writing team.  She was a teenager who struggled to live out her Christianity, just as many of us do.  Yet though she was surrounded by confusion and turmoil, she made a difference with the short life she had.  Besides being a quality film, I’m Not Ashamed succeeds in communicating this important message.  This is what Christian film should be about, so things are certainly looking up.