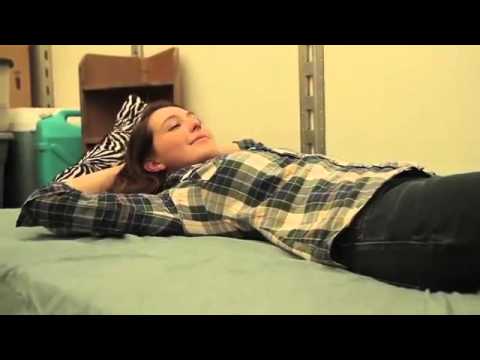 When Dior’s father is framed and arrested for something he did not do, she has no choice but to abandon the motel room they were living in so that she can hide from the social worker who wants to help her.  Because otherwise, this movie wouldn’t have a plot.  As Dior walks from one park bench to another and one street to another, her social worker does crossword puzzles and randomly drives around hoping to find her.  Dior must live in a storage unit during all of this and wait for the plot to come to an end so everything can be fixed.  The question is not will things for resolved, but will you stick around for them to be resolved?

The one thing we can say for this half-baked production is that it has clear video quality.  Otherwise, there are no positive aspects.  Camera work is very shaky and lighting is very inconsistent.  Audio quality is very poor, including loud outside sounds and an annoying soundtrack.  Sets and locations are very limited, as usual for Faith House.  Once again, there is no editing present as every possible amount of content is squeezed out of this non-film.  Essentially, A Box of Faith is another lame excuse for a production.

With barely any plot content to work with whatsoever and a completely aimless story, what is anyone supposed to learn from this.  Due to the silly dialogue and a shallow and trumped-up premise, it’s very hard for the audience to connect with the struggles of the characters.  They just wander around the whole time and do absolutely nothing of note.  With so few characters, we should know a lot more about them as they stand around and talk, but we don’t.  The plot overall is too trite and unserious and there is thus no real justification for its creation.  The Faith House team needs to take a serious look at the content they are spitting out.  Constantly generating half-wit ideas just for the sake of creating more movies is a blight on Christian film.

While there is some good here, A Box of Faith provides yet another empty and robotic cast.  We’re sure these people mean well, but they have absolutely no coaching.  Just stiffly sitting there or standing there saying lines doesn’t cut it.  There is no emotion exhibited at all.  But this is just another day at Faith House.

Complex story ideas are hard to come by, but extremely limited yet forced plots like this one should be a thing of the past.  There is very little potential and\or purpose to movies like A Box of Faith.  Faith House movies are a total embarrassment to Christian film, and we hope the day comes that movies like it are no longer so common place.

5 thoughts on “A Box of Faith (Movie Review)”