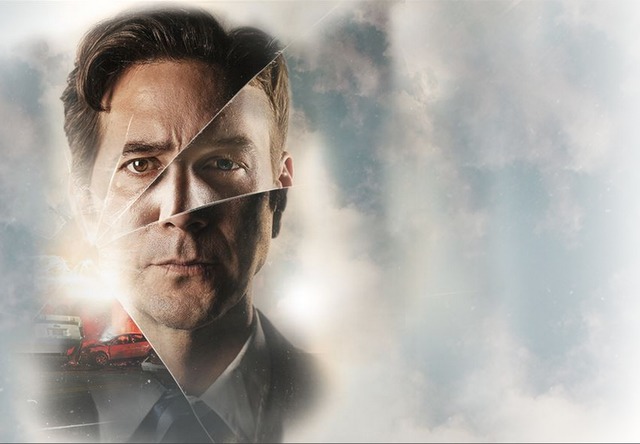 Chris Williams loves his family, but when they are all either tragically killed or injured in a senseless drunk driving wreck, he struggles with why God would allow such a thing to happen to him and his family.  He and his two sons wrestle with grief, anger, and survivor’s guilt as they try to navigate the new and ugly life they have been given.  Will Chris ever be able to let go and forgive the privileged young man who took his family from him?

Unfortunately, it’s rare you see a production this high quality in the Christian realm.  Video quality, audio quality, and camera work are all what they should be.  The car wreck scenes are constructed excellently, even though this is likely very difficult to pull off properly.  Other sets, locations, and props are also well-created.  The soundtrack is very creative and appropriate.  The only small issue to point out here is a minor editing concern pertaining to some scenes lagging too long.  But in the end, this is a highly respectable production that other films should be modeled after.

This film is based off of a powerful true story, yet you have to make it all the way to end to make things worthwhile.  The body of the film contains too much heavy-handed narration, as well as a heavy dose of melodrama that is hard to take in.  It’s difficult for the middle of the movie to hold the attention as it is too brooding and contains too many repeated sequences.  Though there is not quite enough dialogue throughout, there are a lot of interesting artistic elements, as well as a realistic portrayal grief, trauma, and mental health.  There are also good psychological and legal elements, but we would have liked to get to know the characters a little better without so much extreme emotion.  Even though the Christian message is unnecessarily muted and vague, the ending is definitely worth waiting for and makes this film what it is.  In the end, this is a great story with a lot of great elements, yet it could have been presented a little bit better.

Much like the production of this film, this cast is quite professional and well-coached.  Though they have some brief moments of being underwhelming and one too many dramatic touches, this is a very wall-cast and well-acted film.  This caps off a respectable and commendable effort.

These types of movies are very frustrating because they have almost everything going for them, yet there are some small issues that keep them from being all that they could be.  There are so many good things that can be learned from a movie like this, and it is definitely something to build off of for the future.  Many audiences will still enjoy this film, and it’s definitely worth your time.