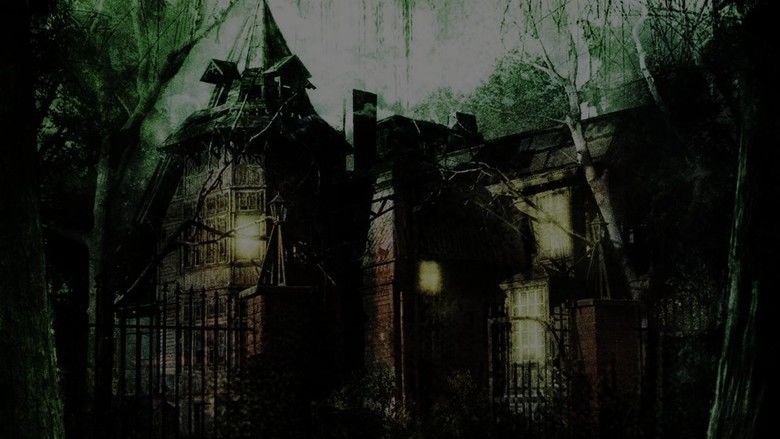 When a stranger comes to a small town begins performing miracles, he gains an immediate following.  However, a Baptist pastor and his friends are skeptical of the man, especially as his work grows more and more sinister.  As the town descends into spiritual chaos and demons take over people’s minds, will the Christians be able to stand against the growing evil that threatens the very soul of their town—or they be sucked into evil themselves?

As an early 2000s Fox Faith production, this team had the resources to make this film at least somewhat professional.  However, the production is neither respectable nor presentable.  It’s an absolute wreck full of cheesy special effects, constant jumps, and epilepsy-inducing flashes.  Camera work is extremely shaky and video quality is very blurry.  The lighting is very inconsistent and the sets, locations, and props are very cheap-looking.  Finally, as previously mentioned, the editing is atrocious, which makes for an unpleasant experience.  In short, there is nothing good whatsoever to say here.

Frank Peretti was known in his time as a ground-breaking author who wasn’t afraid to breach different genres, but that doesn’t mean he always wrote good stories.  The Visitation is extremely thin on plot and character development in general.  It is beyond cheesy and includes tons of ridiculous horror elements that make for an extremely confusing and dizzying experience.  It’s really unfair to make someone watch this train wreck of a movie, as it jumps from one thing to the next, leaving the audience in a dazed wake.  It doesn’t even seem like this plot is trying to present a real story but is instead checking the box of having a Christian horror film for the sake of having it.  Needless to say, it doesn’t work—not in the least bit.

It’s probably safe to say that any cast that involves Randy Travis already has something wrong with it.  Otherwise, this cast is extremely dramatic, with lots of yelling and extreme emotions.  If they were going for a C-grade horror movie, they reached their goal on every single level.

It’s one thing to breach a new genre in Christian film, and it’s entirely another to butcher a film so badly that it creates a laughingstock.  Non-Christians might watch this film because it’s a horror flick, but they will find a total disaster with the name ‘Christian’ stamped on it.  To date, Christian horror is a genre that greatly suffers, but perhaps someone will turn it around one day…soon…